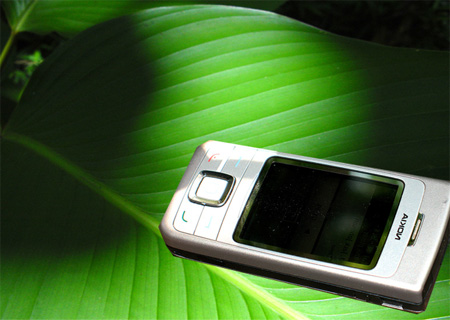 The biggest handset market in India will see a launch of green products by this year end. In a bid to make an environment friendly move, Nokia will be bringing 40 models with bio-degradable components.

The components in the model will be recyclable so that the customers can send their Nokia phones for recycling purposes by putting them in ‘Green Bins’. Green Bins will be provided by Nokia to all its Nokia dealers in India.

D Shivakumar, VP and managing director, Nokia India, was quoted telling Business Standard said, “We will be using biodegradable phone covers, recyclable battery designs that use less harmful toxic materials and energy efficient accessories for all our forthcoming phones. Already, we have eliminated the use of PVC (polyvinyl chloride) in all our phones.”

A step to save the environment has already been taken by Nokia as it uses biodegradable materials like polylactic acid (PLA) plastics with plant or other biomass-based modifiers in its phones; thereby making least use of non-renewable resources. PLA also needs little energy for its production. Nokia is also planning to make energy saving chargers

D Shivakumar added, “We are also hopeful of reducing the no load power consumption — the power wasted when a charger is left in a live power socket — by a further 50 per cent by 2010,”

Now, another big step that Nokia will be taking is educating and training its care centers on environmental issues and recycling materials so that they can also educate customers; as a part of Nokia’s take-back program.

Normally, mobile phones contain non-biodegradable and toxic materials like cadmium, lithium in their batteries which can harm the environment if not disposed off properly.

Some time back, Nokia had launched 3110 handsets which they claimed were 65% recyclable. With the latest steps it is planning to take, it looks like Nokia wants to be a topper in Greenpeace ‘Guide to Greener Electronics’. Greenpeace rates companies manufacturing electronic products based on e-waste regulations followed by them and the harmful and toxic chemicals used by them. Nokia is set to launch all its new products which will be restricted flame-retardants free by 2009.