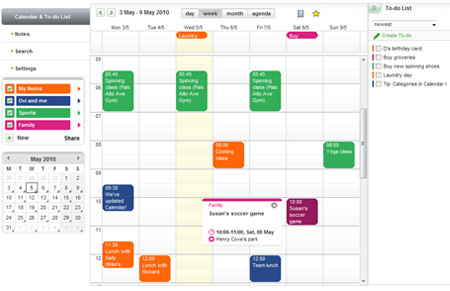 For those who agree that keeping track of dates is something that calendars do better than the memory, Nokia has released a new version of the Ovi Calendar. The official Nokia Beta Labs blog states that the Ovi Calendar 1.6 Beta application has been upgraded to support multiple calendars.

This version has been attributed with the ability to share calendar dates along with relevant notes as well as to-do lists. Multiple calendars set up for different purposes end up on the same page. There are some performance issues that may prevent changes made to calendar from appearing instantly on the existing Ovi Calendar or when it is being synched to a device.

For now, the beta release of Nokia’s Ovi Calendar 1.6 with multiple calendar sharing is only out on the web, though mobile browsing is supported. It can be used with existing Ovi Calendar data. Meanwhile, the developers at Nokia have identified the aforementioned problem and are working to fix it.