The Nokia Asha 301 is the latest feature phone from the Finland-based manufacturer to have been introduced in India. This device plays successor to a hoard of handsets from the series and just like a number of other Nokia gadgets, comes splashed in vibrant shades such as black, white, cyan, yellow and fuchsia.

Crammed in a candy bar form factor, it is apt for those who prefer the alphanumeric keypad over the QWERTY one. And considering that the OEM has carved two SIM card slots in the phone’s chassis, users can keep their personal and professional lives separate. Although it is a basic device, the Nokia Asha 301 offers access to the internet and also tags along the push mail feature. 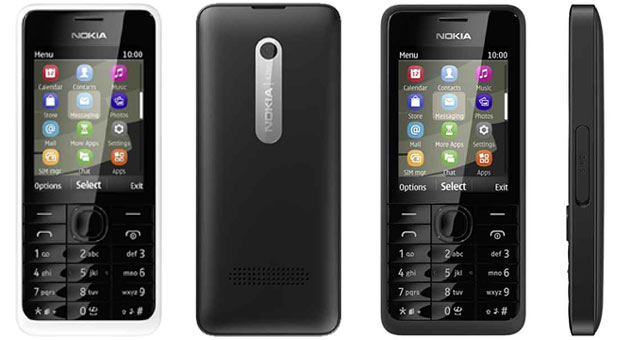 Based on the Series 40 OS, the gadget measuring 114 x 50 x 12.5 millimeters, tips the scales at around 102 grams. It is outfitted with a loudspeaker and the handset’s front side accommodates a 2.4-inch screen apart from the aforementioned keypad. The LCD transmissive screen with a pixel density of 166ppi and an aspect ratio of 4:3, manages to render visuals in 320 x 240p resolution.

In order to capture decent-quality images as well as videos, the handset has been embedded with a 3.2MP rear-facing snapper with attributes like fixed focus and 3x digital zoom amongst others. It is compatible with 2G as well as 3G mobile networks and tags along 64MB of RAM. The gadget’s internal storage appears to be very less, but it can easily be expanded with the assistance of a microSD card of up to 32GB capacity. 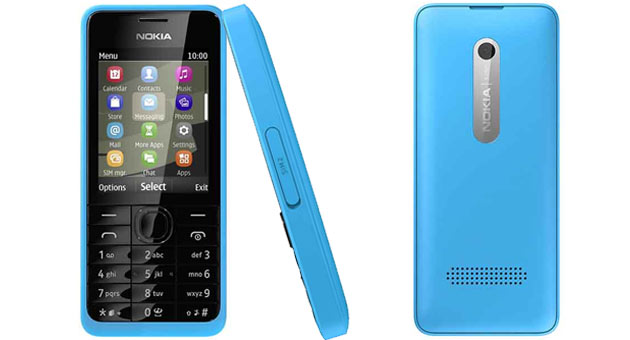 It goes without saying that the device has been integrated with video and music players to keep potential customers entertained on the move. A 1200mAh battery is responsible for coughing up the juice for talk time of close to 20 hours and standby time of about 504 hours in 2G. In the 3G mode, it manages to provide talk time of approximately 6 hours between charges.

The Asha 301 can now be purchased via select online retailers like Snapdeal for an affordable price of Rs 5,140. 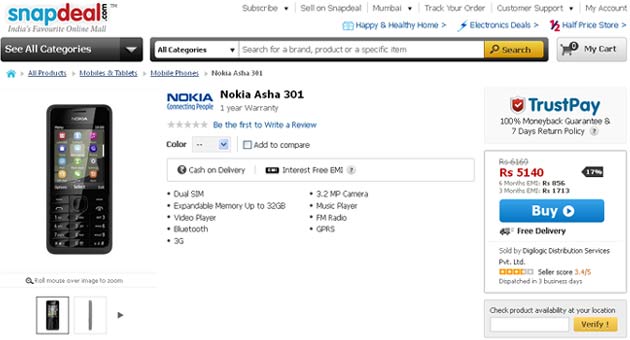 Here’s a list of the key specifications of the phone: