The Nokia Asha 210 handset’s version with a dedicated Facebook key has gone up for pre-order in India, more than a month after its sibling with the WhatsApp button entered the country. Both versions are likely to start shipping in the second week of July. In the mean time, interested users can pre-order the Nokia handset through different shopping portals.

Apart from a button on the keypad, all the other components of the phone continue to be similar to the previously-released version. The Finnish manufacturer has carved out dual slots on its chassis for supporting two GSM SIM cards at the same time. Like most other contenders from this series, the Nokia Asha 210 will be made available in multiple shades as well. These include cyan, magenta and yellow, apart from black and white. 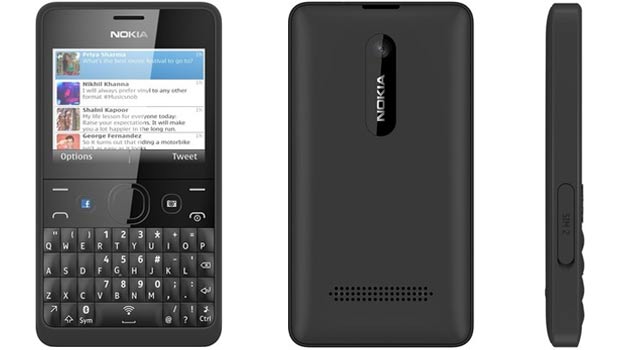 The front side of the gadget accommodates a full QWERTY keypad as well as a 2.4-inch LCD transmissive screen of 320 x 240p resolution. Prospective customers can easily adjust the screen brightness. Some of the common features that have been loaded in the device include VoIP, call divert, speed dial and conference call support amongst others.

Based on the conglomerate’s Series 40 OS, the phone has been pre-installed with the Xpress browser for internet access and potential buyers can use it for the purpose of checking emails or updating social networking sites. A 2MP fixed focus camera with 4x digital zoom and the ability to record videos at the rate of 10 frames per second, is perched on the rear side. 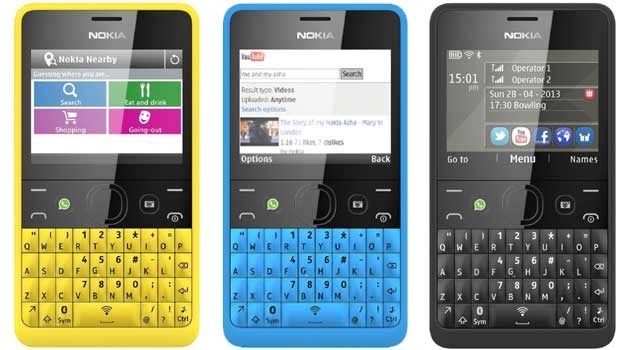 All of these attributes have been packed into an exterior measuring 60 x 111.5 x 11.8 millimeters and weighing in at 99.5 grams. In addition to 32MB of RAM, it has 64MB of onboard memory and a microSD card slot for increasing the storage capacity by up to 32GB. A USB 2.0 port and a 3.5mm audio jack have also been embedded on this Wi-Fi-enabled gadget.

The Asha 210 will hit stores in July for a price of Rs 4,499. Those who wish to grab the device with a WhatsApp button can head over to Saholic or Infibeam, while Facebook fans should pre-order it from Flipkart. 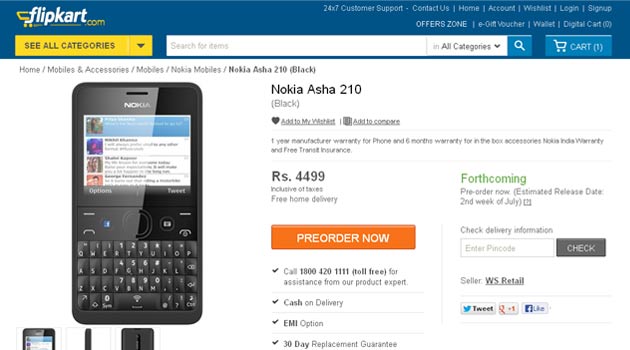 Key specifications of the phone: