The Nokia Asha 205 price has officially been set, adding another phone to the company’s Asha line-up. The Finnish manufacturer has teamed up with Facebook to design a handset which dedicates an entire button to the social networking web site.

Seen on the device’s front side is a 2.4-inch LCD display with a resolution of 320 x 240 pixels, beneath which lies a QWERTY keypad to facilitate trouble-free typing. Positioned on the flip side is a 0.3MP camera with 4x digital zoom to permit users to capture pictures and record videos. 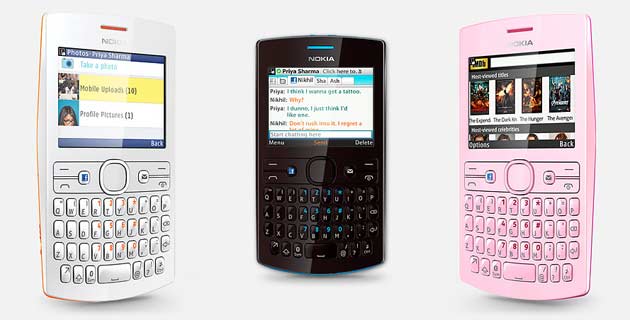 Diving into the physical specifications, the device weighs 94 grams and measures 112.8mm x 61.1mm x 13.0mm in dimensions. It offers 64MB of internal memory and those who might find the storage capacity inadequate can opt to expand it by inserting a microSD card of up to 32GB.

The Asha 205 also introduces the company’s exclusive Slam feature which allows content-sharing through Bluetooth even between devices which aren’t paired. It is said to carry out faster exchange of data than Bluetooth single-handedly does. 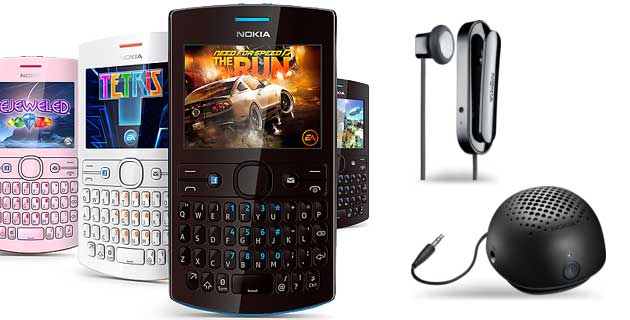 Additionally, users should be able to take pleasure in supported instant messaging services like eBuddy Chat, Twitter and Facebook chat along with 40 EA Games downloadable for free, among countless other apps, through the Nokia Store. Also, the EasySwap feature in the dual SIM model enables switching between SIM cards without the need to turn off the phone.

The manufacturer claims that a 1020mAh battery is capable of providing up to 25 days of standby with dual SIM usage. At the same time single SIM customers should be able to keep the gadget in standby for up to 37 days with little fear of running out of power. 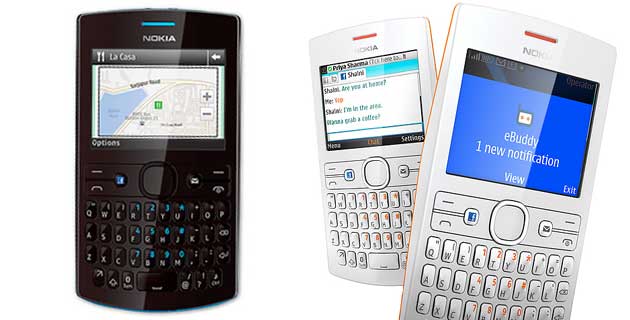 The price of the Nokia Asha 205 is set at $62 excluding taxes and subsidies, and the gadget will be descending in retail and online stores during the final quarter of 2012. Buyers will find it in colors including Cyan, Magenta and Orange. 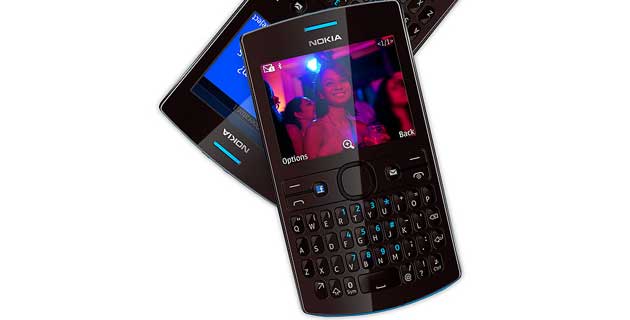 Here’s a quick peek at the phone’s technical specs.