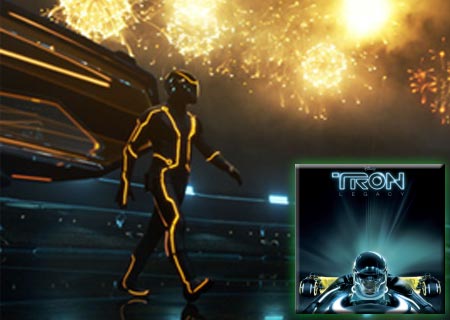 Disney is gearing up for the release of its latest movie, the Tron: Legacy. This is the sequel of the original film Tron, released in 1982 and is slated for a December release. Nokia Conversations elucidates about the company’s current partnership with Disney to pull out some enticing content related to the upcoming movie Tron: Legacy. The company now includes an assortment of videos, apps, ringtones and images that can be procured from the Ovi Store.

Not to slip by, Nokia will even be providing two lucky winners a pair of tickets to the premiere in LA and London. The N8 initially came pre-installed with several trailers of this movie. Users can leverage on the handsets HD playback capabilities and Dolby 5.1 surround sound as they indulge in the movie’s futuristic and visually-stunning effects and excellent audio.

Those who are all enthused about winning the tickets need to be ready for an online treasure hunt. Right below the Conversations’ post is an image; contestants have to find the other three which are scattered in some of the blog’s older stories from the past week. After finding all four of them, users have to comprehend the word these images spell out in the right order.

Once all of it is pieced together they will have to email the complete word as well as the URLs of each image. Two lucky winners who send in their mail first will win the tickets. Users can even access exclusive content from the Ovi Store including the Tron Challenge app, behind the scenes videos coupled with wallpapers and ringtones.