The Nokia 8 is finally making its way to India about a month after it made its international debut at an event in London. HMD Global has begun sending out invites for a launch in New Delhi which is taking place on September 26.

To be clear, HMD Global didn’t specifically mention the Nokia 8 by name. Instead, the invite talks about there being two sides to every story. This is clearly a big hint at the handset’s Bothies feature which shoots photos and videos from the front and dual rear cameras at the same time.

The Nokia 8 is currently priced at EUR 599 (roughly Rs 46250) in Europe. The flagship offering should cost around the same in India where it’ll go up against the Galaxy S8 and iPhone 8 during the festive shopping season. The former recently got a discount and now goes for Rs 53900, while the latter starts at Rs 64000. 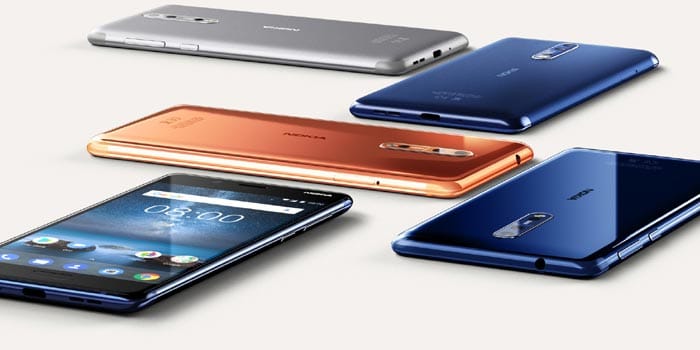 Nokia has nostalgia and a more affordable rate on its side, plus the allure of dual 13MP snappers made by Carl Zeiss. The module consists of a color + monochrome setup that has been bundled with OIS, PDAF, an aperture of f/2.0, 4K video recording, and dual-LED flash.

A neat look at the specifications of the Nokia 8:

Stay tuned for more on the Nokia 8 the moment it lands in India on September 26.