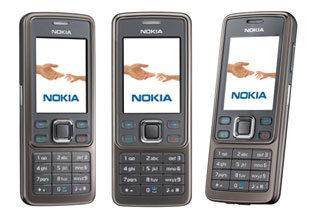 Very soon you will be able to call your friends using the internet or Wi-Fi through the Nokia 6300i phone. After the advent of voice-based services being available on the computer, mobiles also want to bring in the voice calling feature over the internet.

The Nokia 6300i phone is beefed up with the VoIP (Voice over Internet Protocol) technology. This GSM mobile phone can make calls via the mobile internet or Wi-Fi networks. The phone allows up to two thousand VoIP, home and mobile numbers and there is an indicator which displays whether the phone is using a GSM or VoIP network.

Apart from the new feature, the Nokia 6300i also clicks off with a 2 Megapixel camera and plays the music efficiently with its MP3 player and FM radio. The phone also has a clear 2-inches QVGA TFT display.

The Nokia 6300i is expected to launch in the second quarter of 2008 and the price ranges might be around EUR 175 prior to taxes and subsidies.