The Nokia 3310 initially came out in February 2017 at the MWC alongside the Nokia 3, Nokia 5, and Nokia 6. HMD Global, the firm behind brand’s comeback, hasn’t specified a release date for the feature phone except to say that it’ll be coming out in Q2 of 2017.

However, European and Indian retailers have recently begun putting the Nokia 3310 up on its sites. German and Austrian outlets say the handset will be hitting markets on April 28. The price tag varies from website to website, but overall the cost seems to be above EUR 56 (around Rs 4000).

The figure is slightly higher than the EUR 49 (about Rs 3400) cost which was announced by HMD at the MWC. As for India, a local e-seller called OnlyMobiles has listed the 3310 on its page, stating that it is coming soon and will be sold at Rs 3899. 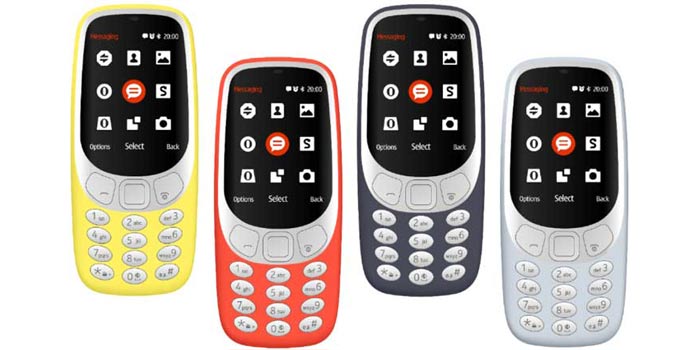 Given the fact that HMD hasn’t said anything official about the Nokia offering’s cost or availability, it would be best to take the above listings with a pinch of salt. The only tangible piece of information which could be inferred from them is that the feature phone will be landing in countries sooner rather than later.

Here’s a neat round-up of the specifications of the Nokia 3310:

Also See: Nokia 6 is the company’s first ever Android phone

Stay tuned for more on Nokia’s roster of handsets as and when it arrives in India.