The Nokia 3 has officially hit physical stores across India a few days after getting announced alongside the Nokia 5 and Nokia 6. The handset is the cheapest of the bunch, selling at Rs 9499.

Nokia’s tied up with Vodafone to offer buyers 5GB of data per month for 3 months at Rs 149. It’s also giving away MakeMyTrip vouchers worth Rs 2500 in total. The brand is looking to target buyers who want a stylish Android smartphone that packs all the essentials at an affordable price tag.

The Nokia 3 certainly looks good for an entry-level offering. It’s made out of polycarbonate and features a precision-machined full aluminum frame for protection. The device has also been equipped with Gorilla Glass for added safety against drops. 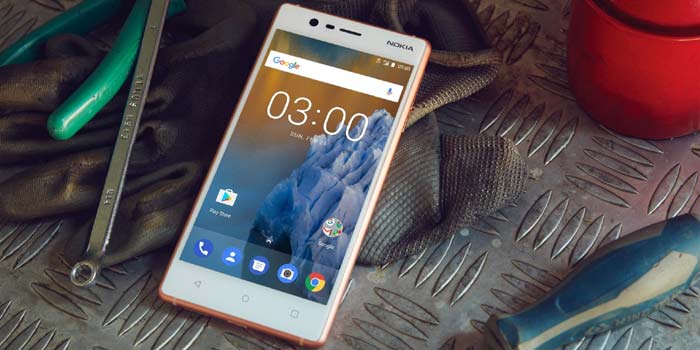 Nokia’s hoping to distinguish the smartphone from the rest of the pack by blessing it with Android 7.0 Nougat from the get-go. Not only that, it’s also promising to update it to Android O when the OS goes official. The company’s using a mostly-pure version of Android which it claims is free from bloatware, a big plus point for people sick of unnecessary clutter.

A quick look at the specifications of the Nokia 3:

The Nokia 3 will be followed by the Nokia 5 and Nokia 6 on July 7 and July 14, respectively. The latter two are costlier all-metal options.