The Nokia 225 was unveiled in April and it has now hit the Indian market for a price of Rs 3199, ensuring that the Finnish brand remains associated with inexpensive phones for the masses. Say what you will about the Moto E being an Android smartphone for just Rs 6999 in comparison, but not everyone is comfortable with touchscreens.

More than 70% of the Indian population with handsets use feature phones and the Nokia 225 will be one to reckon with. It’s the most reputable name when it comes to basic devices for communication. Anyone shopping in the sub-Rs 3500 category and not interested in a Nokia phone have to make do with alternatives from Maxx Mobiles, iBall, Panasonic and so on. 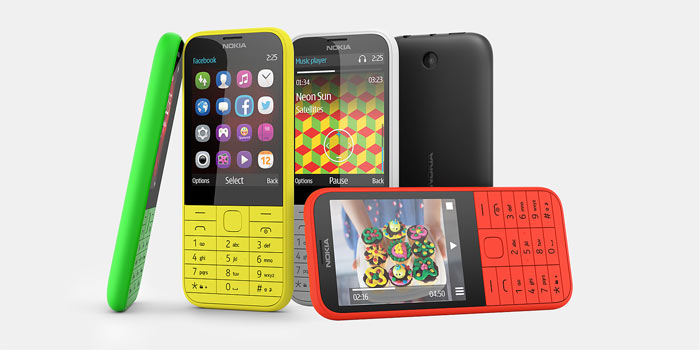 The Nokia 225 has a decent sized 2.8-inch display delivering QVGA resolution visuals and a standard keypad. It calls itself an internet phone, loaded with the company’s very own Xpress Browser, offering users the option to surf the web and engage with social apps like Twitter or Facebook.

The phone runs on Nokia OS Series 30+ software and it accommodates up to 32GB of memory expandability via a microSD card slot. It has a 2MP camera on the rear panel and does go higher than 2G in terms of network connectivity.

The Nokia 225 can be picked up from the company’s official store by following this link. It is available in black, white, yellow and red color options.