Touted to be Microsoft’s most affordable Internet-ready phone, the Nokia 215 has landed in India in the form of its dual SIM model which is asking for just Rs 2149 at the moment. This feature phone supports 2G GPRS and EDGE data networks, and is available in black, green and white color options.

The Nokia 215 is being targeted towards first-time phone buyers as well as towards those who want a small feature phone to accompany their smartphone which has high chances of running out of battery. And the fact that it has Internet support inflates its value furthermore. 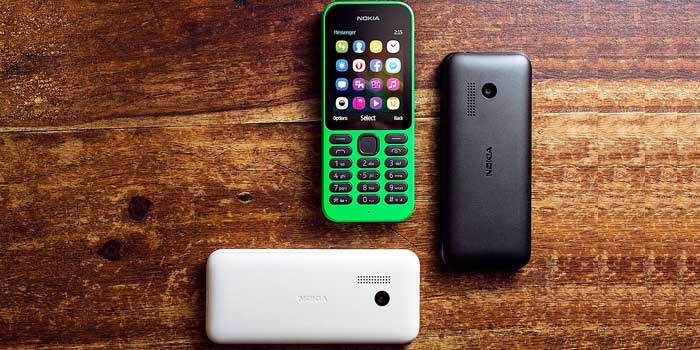 Apps such as the Opera Mini browser, Bing search, MSN Weather, Twitter and Facebook come pre-installed on this Nokia handset, while it also offers instant notification support for a few services. This phone has even been blessed with a built-in flashlight.

A quick glance at the specs of the Nokia 215:

Coming to its battery, the 1100mAh power pack which occupies space inside it is capable of providing it with 20 hours of talktime. Moreover, the phone even boasts of a whopping 21 days of standby time. 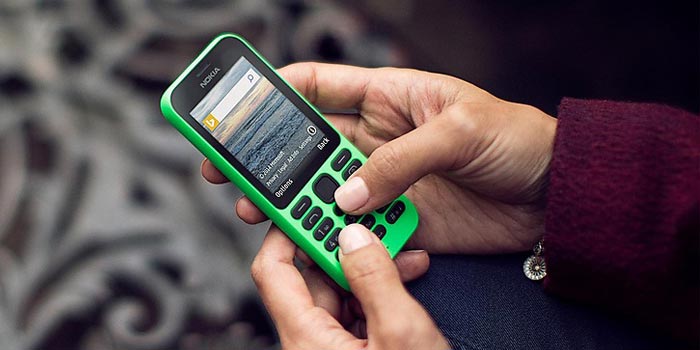 The Nokia 215 can be purchased now through the company’s official online store, and it should reach other online and offline retail channels in the days to come.