The Nokia 130 is proof of the fact that devices from the feature phone segment will still be carrying the branding by the Finnish company that was usurped by Microsoft not too long ago. The new handset which is priced at Rs 1649, has taken its sweet time to arrive in India, but it is here nonetheless.

The positioning of the Nokia 130 is not much different from what was being expected. Microsoft Devices has released it as an option for first-time mobile phone buyers or for those looking for a reliable backup handset to complement their existing smartphone. 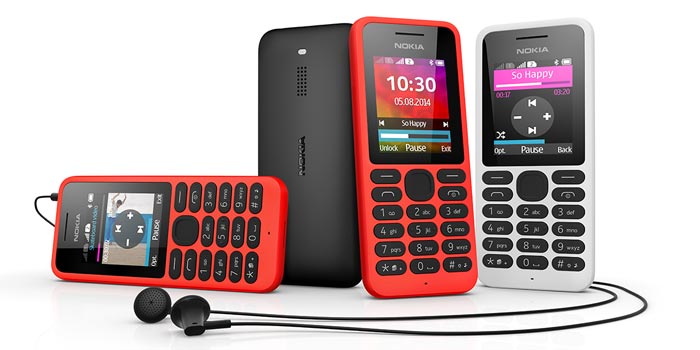 The main aspect of a feature phone has to be its long battery life which is something smartphone users can only dream of. Keeping that in mind, the makers of the Nokia 130 have equipped it with a 1020mAh power unit that can deliver standby time of 36 days, maximum talk time of 13 hours and music playback time of 46 hours.

This Microsoft phone comes equipped with a video player as well as a music player, while it even houses support for USB charging. A rear-mounted flashlight forms another one of its unique traits, while its FM radio functionality too should prove to be a selling point in India.

Also Read: This is what Microsoft Lumia handsets will look like without their Nokia branding [Images]

The Nokia 130 houses a 1.8-inch color display and an old school numerical keypad on its front surface. Its rear opening lets you lodge two SIM cards inside it, apart from a microSD card of up to 32GB. Its connectivity options include 2G, Bluetooth and USB.

The dual SIM Nokia 130 is available for purchase through the company’s online shop right now. It is actually being sold for Rs 1679 and Rs 1649 happens to be its best buy price.