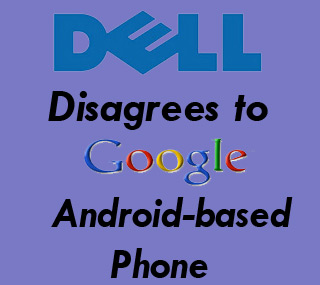 Few days back, Mobiletor.com has written about the Android-based handset that would be developed by NTT DoCoMo in junction with Google. We have no news whether there have been any advances on the same. Now, news all around the Internet reporting that Google and Dell have collaborated to develop Android-based mobile phone.

If this Gphone has been made, then Dell might gain a name in the mobile industry, besides its PC market. For Dell it would be nostalgia as they had entered the PDA segment but didn’t achieve great heights and hence discontinued the production.

If the gossip is to be believed , Google and Dell might announce the Android phone at the Mobile World Congress in Barcelona, Spain that will be held from 11th to 14th Feb 2008.

According to PCMagazine, who spoke to Dell’s Anne Camden, mentioned that Dell has no plan to participate at Mobile World Congress. The company also denied the speculation of introducing a Gphone.