Truecaller now has a hopeful competitor that comes in the form of Holaa! which is a new caller ID application launched by the makers of Nimbuzz. It happens to be out only for Android devices at present. Available as a free download, it can be grabbed through the Google Play store now. It is expected to hit the Apple App Store and the Windows Phone Store soon.

The main selling point of Nimbuzz’s Holaa! happens to be the fact that it identifies unknown callers and spammers. This enables you to either reject or completely block your incoming calls. And just like Truecaller, you can also search for people’s names based on their phone numbers. 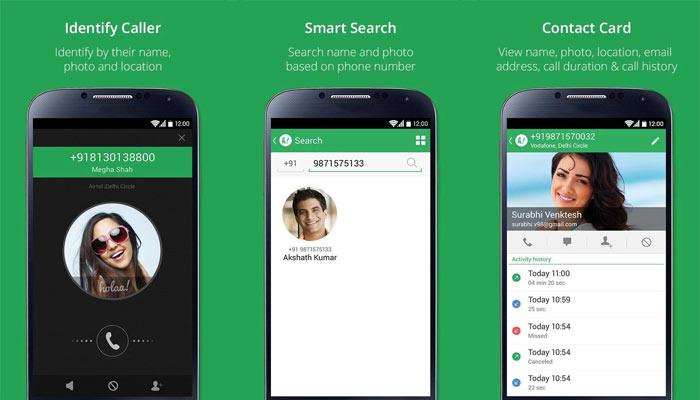 This new caller ID utility comes equipped with the ability to display the caller’s name, photo and location during an incoming call by using the Internet through your data connection or Wi-Fi. It should be noted that Holaa! never uploads any contacts from your phonebook to make them searchable or public.

This TrueCaller alternative has also been blessed with special offline support for providing you with information about unknown contacts who have already called you, even when there’s no Internet connection on your phone. There is even a cool Activity Analyser trait which informs you about the duration for which you speak to a particular contact.

Nimbuzz, the parent company of the new app, already has quite a fan base in India for its cross-platform messenger tool that lets you place free voice calls. It also provides you with an integrated hub for chats from your Facebook and Hangouts accounts.

Like we said, while Nimbuzz’s Holaa! has only been released for Android through the Play store now, it is indeed slated to hit iOS and Windows Phone platforms in the future.