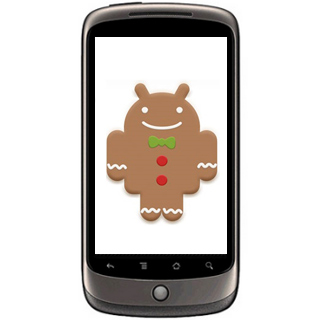 The One phone that ruled over all the Google-related buzz for a long time is making headlines again. This tidbit props itself up on a recent Google Nexus Twitter post saying that the Nexus One smartphone will get its Gingerbread or Android 2.3 update in the coming weeks.

It’s not even been a week since reports about the Nexus One getting Gingerbread ROMs along with the HTC HD2 started floating around tech space. Now it looks like Google’s been in a hurry to get out an official word on their first handset and its Gingerbread affairs.

According to the Twitter post, Nexus One users can expect to avail of an over-the-air upgrade to Android 2.3 in the approaching weeks. So what if Google hasn’t let slip a definite date for the update, it’s better consolation than unconfirmed rumors about an upgrade.

All right, Google we will hang on tight to those Nexus One smartphones, unless we’re getting Nexus S handsets for Christmas.