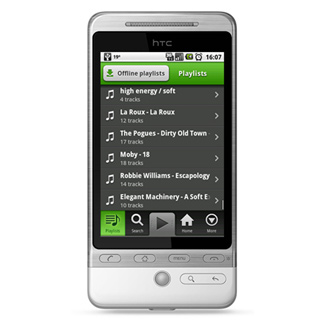 Here’s some exciting news for users with handsets running on Android. A new version of Spotify for Android, v 0.3.24 has been released by Spotify.

According to the Spotify blog, this new version includes striking additional attributes. This version comes with URI support. Users can open or share Spotify URI’s to or from SMS, email, the Facebook or Twitter apps and more.

The new version encompasses updated player with cover art swipe support, somewhat akin to the iPhone version. Android 2.0/ Eclair support is compatible with this version. Spotify can work on the Motorola Droid handset as well. A home screen widget is available with this new version. So one can now run Spotify from the home screen of their device.

This new version of Spotify can prove to be beneficial for Android users.