Here’s another fresh addition to the bevy of features which Twitter is constantly adding to its products, with the newest one among them being the ability to share tweets in Direct Messages, or DMs are they are lovingly known. This trait has already been made available by the site, and works on both the mobile as well as web versions of the micro-blogging platform.

Direct Messages is Twitter’s take on private messages, in the sense that it lets you directly communicate with other users without the conversation being accessible to your followers or anyone else. This means, any tweet which you particularly want a friend of yours to read can be sent to them without letting anyone know about it. 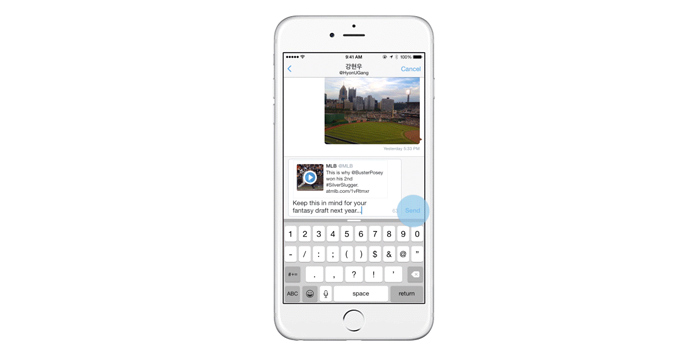 The feature works in a pretty simple manner; when you’re using the Android or iOS versions of the site, all you need to do is long-press on the tweet you want to send. The options which show up after that will offer the choice of sharing via Direct Message.After this, you only need to add the name or handle of the person to whom you wish to send it, and the task is achieved.

The person in question will receive a push notification in order to point them towards you Direct Message. On the web version of the site, you will need to click on the More icon in order to get the option of sharing via Direct Message, and the rest of the process remains the same.

This is just one more addition to the number of Direct Message-focused features which the folks over at Twitter have been doling out since the past few months.