A new app dubbed the RTA m-Wallet has been launched in Telangana with the aim of making life easier for motorists by acting as a digital storage facility for important documents. The release of the tool effectively eliminates the need to carry physical papers everywhere and should serve to be a boon to the 60 lakh driving license holders in the state.

The RTA m-Wallet is currently available for Android and iOS users. It can store a user’s driving license and registration certification. The government’s move towards digitization further prevents loss or misplacement of these papers, an important factor given the pains a person would have to go through to replace it. 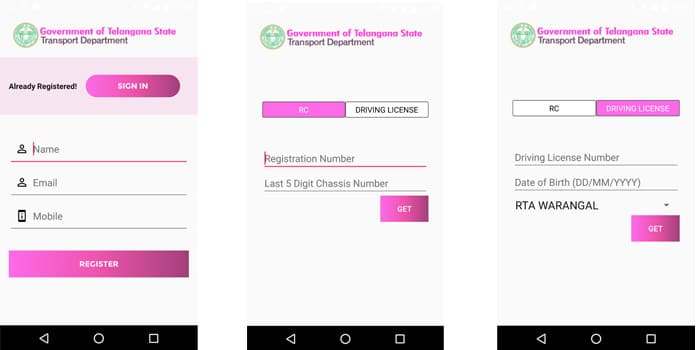 According to an official release, drivers can legally show the RTA m-Wallet app to police officers or Road Transport Authority personnel when pulled over. The application further gives consumers the option to add more than one vehicle to the tool. To start using it, people will have to register their name, phone number and email ID.

Post this process, they can download their driving license by entering their license number, date of birth and area zone. To get their registration certificate, users have to key in their vehicle registration and 5-digit chassis number. Once obtained, both will be saved within the app permanently. The service has so far gotten a mixed response from citizens.