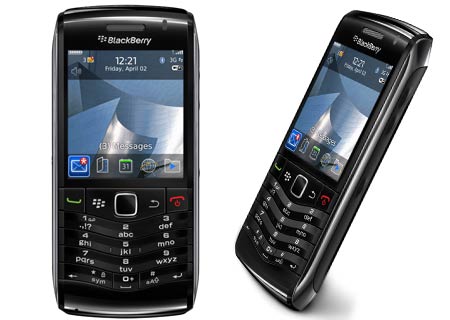 The past few months have quite a few revelations based on the BlackBerry Pearl 3G Smartphone. Phones 4u added the device dressed in black to its portfolio while the OtterBox Defender series case unveiled to bring further pizzazz. After landing on Indian shores back in June this year, the BlackBerry Pearl 3G now makes its way to South Africa and can be acquired through Vodacom and MTN shortly.

Claimed to be the smallest BlackBerry to hit stores, the device sports a chic appearance and is highly compact in nature as it measures less than 50mm wide and is just 93g in weight. It also offers support for Wi-Fi, GPS and high-speed 3G (UMTS/HSDPA) networks. There is an optical trackpad which provides users with smooth navigation. They can also avail of dedicated media and volume keys as well as a 3.2MP camera with flash and support for up to 32GB.

“We expect a broad range of new and existing customers will be drawn to this smartphone’s unique combination of powerful features and compact design. This fashionable phone packs in a wide range of advanced and easy-to-use features and includes a comfortable alphanumeric keyboard for quickly typing out messages,” commented Deon Liebenberg, Regional Director for Sub Sahara Africa at Research In Motion (RIM).

The company hasn’t yet disclosed the official pricing or availability details of the BlackBerry Pearl 3G Smartphone (model 9105).