NASA has begun testing its new Mars lander called InSight for its next mission to the red planet that’s scheduled for 2016. It is being sent off to Mars with the aim of exploring the inhospitable planet’s interior in detail. The data could give scientists clues with regards to how the Earth and other similar rocky planetary bodies were formed.

The information collected by the NASA lander may eventually come in useful for our ambitious plans to send a manned spacecraft to Mars by 2030 at least. InSight is short for Interior Exploration using Seismic Investigations, Geodesy and Heat Transport. Apart from discovering more about the origins of rocky planets, we may be able to find out more on how they evolved. 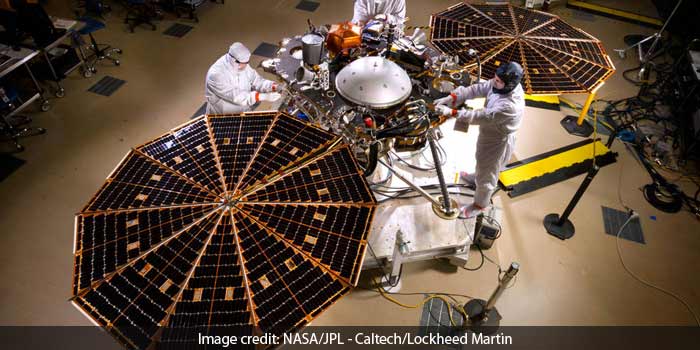 Now that the Mars lander’s assembly process has been completed successfully, it is being put through rigorous tests in order to ensure it’s capable of surviving deep space travel as well as tough Martian conditions. This means subjecting it to extreme temperatures, vibrations simulating launch, interplanetary space air pressure situations of almost zero and much more.

Apart from these checks, InSight will be faced with thermal vacuum tests in the spacecraft’s Cruise configuration. The lander will be stored within an aeroshell capsule to which the spacecraft’s cruise stage is intended to be attached. The concerned technicians also have to look out for electronic interference between different components of the vehicle. 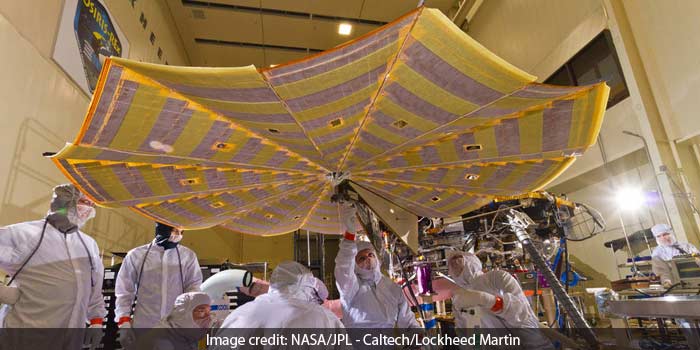 The NASA Mars lander is expected to be launched in March 2016 from the Vandenberg Air Force Base in California. It will take approximately 7 months for the craft to reach its destination on the red planet. Built by Lockheed Martin Space Systems Company, InSight is part of the Discovery Program overseen by the Marshall Space Flight Center in Alabama.