Seventeen-year old Nobel Peace Prize winner Malala Yousafzai, recently had a newly discovered asteroid named after her by US astronomer, Amy Mainzer. Identified as Asteroid 316201, the rock has been found in the Main Belt between the planets Mars and Jupiter, and it orbits the Sun every five and half years.

Mainzer’s decision to call it Malala Yousafzai was influenced by her postdoctoral fellow Dr. Carrie Nugent’s remark about very few asteroids being named to honor the contributions of women, especially those of color. It is also an indirect plea to young girls to stop thinking of science and engineering as fields of research meant for men. 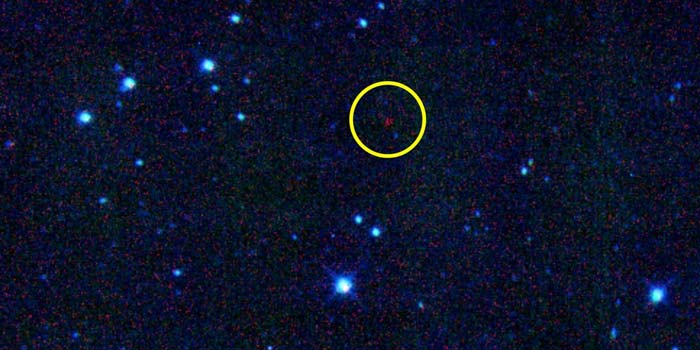 According to the rules set forth by the International Astronomical Union, anyone who discovers such a rock has the right to name it. Officially, Asteroid 316201 has been designated as 316201 Malala or 2010 ML48. It was found by using the NEOWISE space telescope that orbits the Earth. Although an entire team was involved in the discovery of the new asteroid, Mainzer was the principal investigator of the mission.

Malala who is one of the most well known teenagers in the world, was listed in 2013 in Time magazine’s ‘The 100 Most Influential People in the World’. Apart from being a co-recipient of 2014 Nobel Peace Prize, this teen activist has also earned the Sakharov Prize, an honorary doctorate by the University of King’s College (Halifax), Pakistan’s first National Youth Peace Prize and the Simone de Beauvoir Prize among other awards.

As for the Malala asteroid, it is said to have a very dark surface, a trait which affects how much sunlight it can reflect. It is about 4 kilometers in diameter and can be seen in the upper part of the image we’ve posted above, as a red dot. The stars surrounding it appear blue because they are extremely hot in comparison to this rock. Hotter temperatures manifest in the color blue, while cooler ones are red, just as seen in flames.

As Mainzer puts it, if anyone deserves to have an asteroid named after them, Malala Yousafzai does.