While we’ve known that ice exists on the red planet for over a year now, NASA’s Curiosity rover has been collecting data on Mars which points to the existence of liquid water too. There’s no concrete proof as yet, but the new theory is based on the evidence of hygroscopic salts which prevent the formation of ice.

Curiosity had previously detected the presence of perchlorate salts such as calcium perchlorate on Mars’ ground-surface. This information combined with the Rover Environmental Monitoring Station’s (REMS) yearlong recordings of meteorological and geological data suggests that liquid water exists along the Martian soil surface on certain nights. Water present near the soil-atmosphere interface normally freezes into ice due to the below freezing average global temperatures (-63°C) on the red planet. 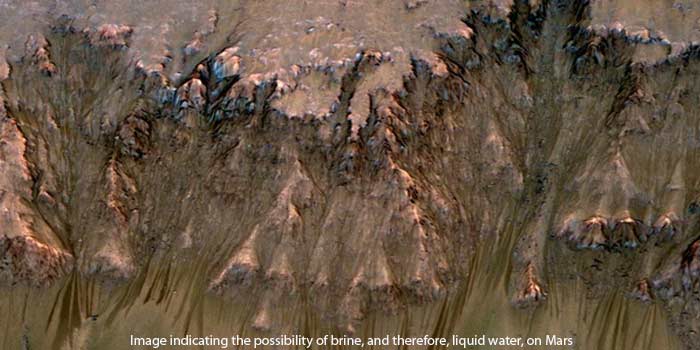 However, the perchlorate salts found on Mars’ surface in certain regions such as the Gale crater under specific conditions during some nights, exhibit moisture-absorbing properties and lower the freezing point of water. It results in the formation of highly saline liquid water called brine which evaporates when the sun rises. The transient night-time development of brine is more likely in higher latitudes where colder temperatures and more water vapor can result in higher relative humidity more often.

NASA’s Mars exploration program’s main goal is to find the possibility of a habitable environment having existed in the past, present or future. The presence of water is a good indicator of potential life and the initial rovers were sent out in 2001 with one theme ‘Follow the Water’. So far, the conditions observed on the planet do not support favorable settings for organisms. Javier Martin-Torres, one of the lead researchers of the study, as reported on the NASA website, has said that the fresh data offers new angles for habitation and water-associated changes on the red planet. 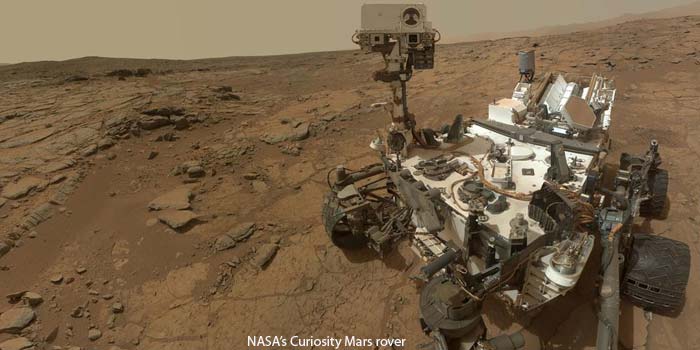 The scientists have presented their study in the journal Nature. Curiosity, which is handled by NASA’s Jet Propulsion Laboratory (JPL), after finding evidence of liquid water on Mars’s surface will now study a layered mountain inside the Gale Crater to find out how the ancient environment of the planet evolved into its present day conditions.