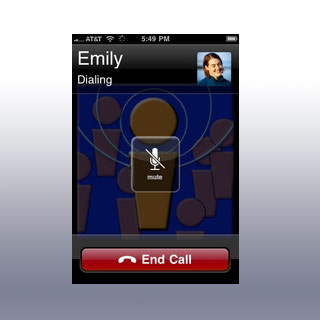 myRete releases the WhosHere 2.0 app that features WhosHere Voice. When a Wi-Fi connection is established at both ends, the new WhosHere Voice enables around 750,000 users to call others for free. Users on the other end need not specifically use the app to take a WhosHere call.

WhosHere Voice comes with two unique components. The first component allows users to control the number of people calling them. The Second permits users to make calls without the need of revealing personal information like phone numbers, email or IM address.

Bryant Harris, myRete CEO, of WhosHere 2.0 said, “We are thrilled that we have accomplished two significant events in the social networking space. First, we have given our users unique and compelling feature; free, in-app calls without having to give out any personal information. Second, we have done something brand new on the iPhone and iPod touch; creating a social network that goes beyond texts and images to one where real-time voice conversations can happen.”

With the Apple’s iPhone SDK, WhosHere Voice establishes a Voice Over IP (VOIP) connection and refrains the use of mobile phone networks. WhosHere users will not receive long distance, roaming or international mobile phone charges.

With the invite friend feature, users can invite their friends. Once these friends install the WhosHere app, users need to enter their friends’ code to be on their Fav list. The new application also delivers messages instantly. With the Copy and Paste added to the Chat section, users can copy and paste messages sent and received earlier. The additional “Send Pic” controls allow users to permit other users to send pictures to them. Users can also temporarily permit other WhosHere users to send pictures.

The enhanced Push Notification allows users to set the WhosHere app. It enables them to receive alerts without displaying the content of the message. Users can simply mute or choose a sound play for incoming messages from people on their Fav list. The application comes with an improved layout of profile controls and a new look. The application is supported by the iPhone with Wi-Fi connection on both ends and requires OS 3.0 or higher.

WhosHere is a social proximity networking application that allows users to come across new friends or network through a simple interface. The application allows users to send unlimited free text and image messages and make or receive calls within the WhosHere application. Users can download this app from Apple’s iTunes App Store or the myRete website.