Fashion ecommerce website Myntra has made a new acquisition where it has taken over a mobile application development startup called Native5. The move is said to have been carried out in order to further improve and strengthen the company’s shift to a mobile-only strategy.

Not much is known about the acquisition and we don’t even know how much the e-commerce company had to shell out for its new purchase. But it’s said that the deal will have all co-founders of Native5 merged into the Flipkart technology team. Additionally, Myntra isn’t doing this for the products the startup has to offer. 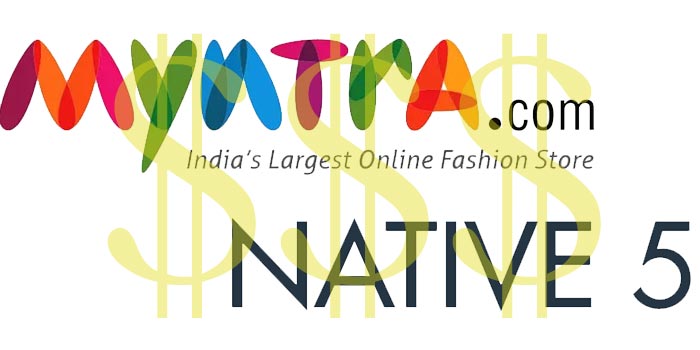 The Times of India is reporting based on information revealed by sources that the deal is mainly an acquisition-hire where the e-commerce giant is mainly in it for the talent. Myntra declined to provide further information on the deal, but a spokesperson did confirm this by saying that they’re ‘always on the look-out to acquire companies that can add value to our business.’

Native5 was created back in 2011 by Manish Priyadarshi, Barada Sahu and Shamik Datta. The company will be aiding Myntra in its transition to a mobile-only strategy where it plans to kick its main website offline and continue operations through its dedicated applications. It was previously reported that the website would close doors at the start of this month, but it still functions till date.

However, the company is pushing its visitors to mobile by providing app-only offers and more. It’s estimated that 80% of traffic and 70% of total sales are derived through the mobile applications. What’s more, even Flipkart which acquired Myntra around a year back plans to implement the same strategy later this year based on how things work out for the fashion e-tailer.

We’ll probably hear an official word about the Myntra Native5 acquisition in the coming days.