Home Games My Kingdom founded on the App Store 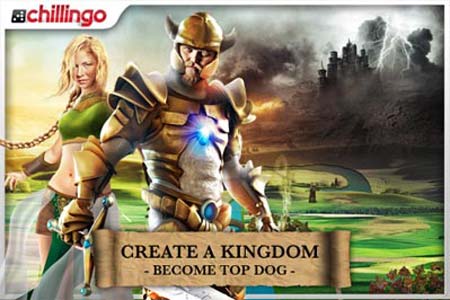 iPhone owners who’ve always dreamt of a kingdom of their own with an entire army under their command can try out this brand new game from Chillingo. Bestowed with the title of My Kingdom, this real location-based MMORPG lets gamers build settlements, trade goods and steal whilst they explore the world through their handsets.

Developed by Oberon, this game allows players to begin as merchants and then move on to build their first settlements manufacturing basic goods. It transforms users’ iPhones into caravans wherein they can carry all their goods as they move around in real life. As their trading empire expands, gaming aficionados can be bequeathed with knighthood by the king. After which players can build a castle, recruit an army and demand allegiance from other gamers.

Subsequently, users can build their own kingdom as their influence grows. Choosing from over 50 different buildings, gamers may upgrade settlements and expand caravans by purchasing settlers, horses, donkeys, spies, thieves, covered wagons, rare commodities or other products. The game is loaded with 40 different kinds of land types ranging from deserts, thick jungles, to extinct volcanoes.

What’s more, gaming buffs have to earn achievements in one of the four guilds namely, the Manufacturers Guild, the Traders Guild, the Explorers Guild or the Thieves Guild. It requires iOS 3.1.3 or later and takes up 17.2MB of memory space.

My Kingdom can be bought from the App Store free of cost.