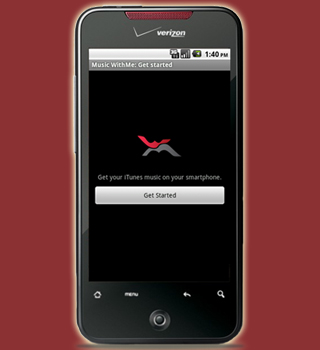 Music aficionados possessing an Android-powered device have dulcet news in store for them. With the help of ParkVu’s Music WithMe, users can wirelessly sync their iTunes playlists with their Android smartphones. Using Wi-Fi or cellular connection, handset owners will be able to listen to all their favorite tracks anytime, anywhere.

Once the playlists are downloaded to the handset, audiophiles will not require a wireless connection to play them repeatedly and thus, helping them save up on battery and money. They can select the playlists to be downloaded from the application itself, which are then available for playback from the native media player.

The Music WithMe software features two simple components namely the desktop client and the smartphone app. Changes made to the playlists on the desktop instantly reflect on the app. This music solution proffers apt means of syncing playlists from iTunes to the Android-enabled handset.

After a free 30-day trial, Music WithMe retails at the Android Market with a limited time offer of $14.99.