Home Features MTS Blaze 4.5 Vs. Micromax Canvas Blaze: The battle of the CDMA...

The MTS Blaze 4.5 smartphone has just been released in India and even though the device has not gone official as yet, it has already been put up for sale by an eretailer. Here we have compared the smartphone with Micromax Canvas Blaze, another CDMA handset that boasts of a Qualcomm processor too.

There’s not much difference between the prices of the MTS Blaze 4.5 and Micromax Canvas Blaze smartphones either. So take a look at their features and specs to find out exactly which CDMA smartphone deserves to be your mobile companion. And once you have decided between the two, don’t forget to let us know about it too. Read on for more information. 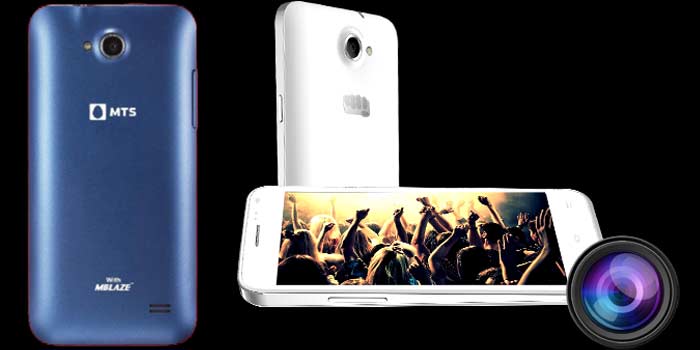 The new MTS smartphone brings a 4.5-inch touchscreen capable of rendering visuals in 480 x 854p resolution, whereas the Micromax contender flaunts a 5-inch display. The latter’s screen has FWVGA resolution too.

Both the smartphones feature a 0.3MP webcam each, but it is the Micromax device which has a better rear camera as it employs an 8MP lens. The MTS Blaze’s primary snapper has to make do with a 5MP one. However, it should be loaded with all the common photography attributes.

A Qualcomm Snapdragon S4 processor is responsible for keeping both the devices and their multitasking properties in check. But you may want to choose the MTS device over the Micromax one because their respective chips clock in a speed of 1.2GHz and 1GHz. Also, the former’s has four cores, while the latter employs only two. 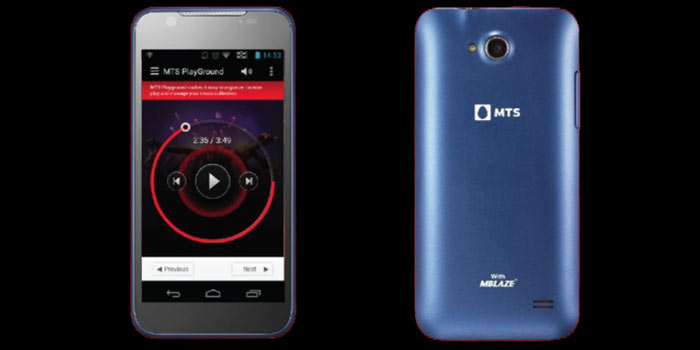 It goes without saying that these devices are based on the Android OS and both of them make use of the same version of the platform, that is, Jelly Bean 4.1.2.

The MTS Blaze 4.5 brings an entire gigabyte of RAM to the table, but its onboard memory is limited to 4GB. And as for the Micromax Canvas Blaze, it tags along merely 768MB of RAM as well as 4GB of hoarding space. Both phones provide the expandability option and support a microSD card of not more than 32GB capacity.

Amongst the two, the Canvas device has a better battery life as it employs a 1850mAh battery and promises to cough up the juice for talk time of about 5 hours on a single charge. Its standby time is close to 120 hours. As for the MTS phone, it draws power from a 1600mAh power pack and has talk time and standby time of 4 hours and 250 hours, respectively. 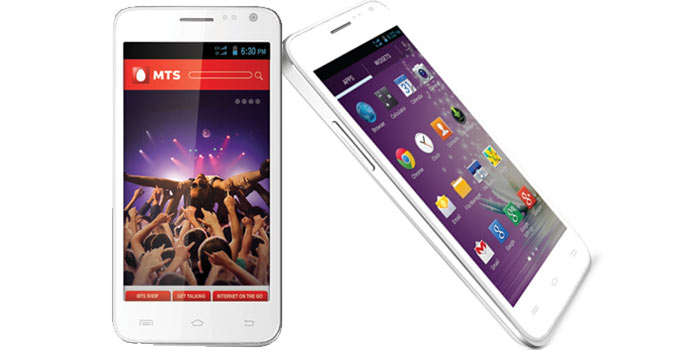 One of their main functions is CDMA compatibility and the smartphones feature dual SIM card slots too. While one slot is compatible with CDMA networks, the other provides compliance to GSM SIM cards. And do we really need to mention that it tags along all the common connectivity options such as Wi-Fi, Bluetooth, GPS and more?

So all in all, the MTS Blaze 4.5 comes across as a better smartphone even though it has a smaller screen compared to the Micromax Canvas Blaze. The former will set you back by Rs 9,999, while the latter has been pegged at Rs 10,999.

Key specs at a glance: