Motorola and Flipkart have picked the week before India’s Republic Day to hawk the 2nd gen Moto G, 2nd gen Moto X and Moto E at special rates along with cash-back deals. Apart from this, the companies are also selling the Moto 360 smartwatch with a pretty decent bonus in tow.

Although Motorola has mentioned last year’s Moto E in its presser, we can’t seem to find it bundled with any interesting offer on Flipkart, unless you count the 8GB Toshiba microSD card that’s being paired with it. As for the Moto 360, buyers can avail of a Bluetooth headset which will be delivered along with it at no extra charge. 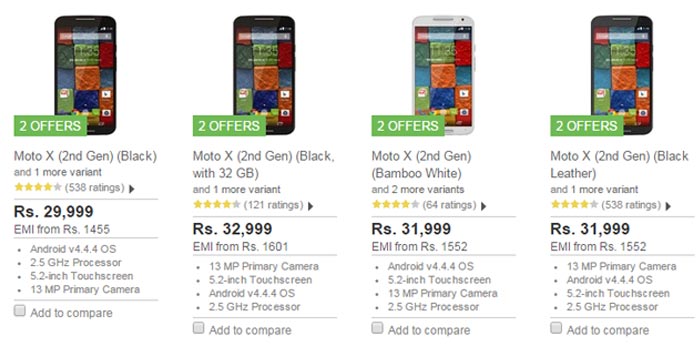 The new Moto G which is originally pegged at Rs 12999 for its 16GB capacity, can be picked up for as low as Rs 8999 on exchange. This means that you’ll need to dump your old phone in order to take advantage of the deal. Depending on the condition of your device, you can get up to Rs 4000 off and not necessarily the whole discount amount.

The 2nd generation Moto X is also being given similar treatment. Its 32GB version carries a price of Rs 32999, while its 16GB variant can be bought for Rs 29999. Assuming the handset you’re ditching in favor of either one lets you avail of the full Rs 6000 rate cut, you’ll be able to lay your paws on them for Rs 26999 and Rs 23999, correspondingly. 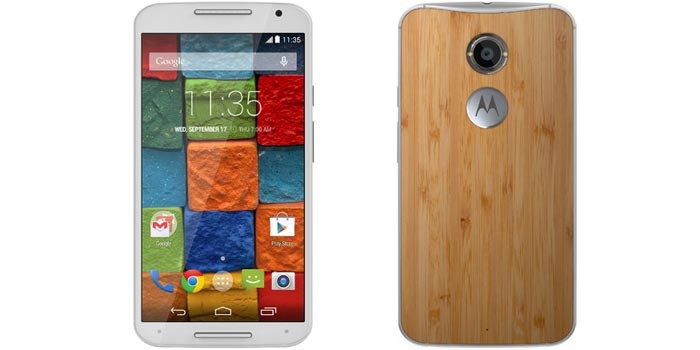 Flipkart and Motorola are also laying out something extra for HDFC credit or debit card users. On purchase of a Moto smartphone costing a minimum of Rs 7500, customers can look forward to a 10 percent cash-back deal. Even Moto 360 buyers who happen to be HDFC customers are eligible for the offer that allows for cash-back of up to Rs 2000.

The exchange offers and cash-back deals on the Moto 3560 smartwatch, 2nd gen Moto X and 2nd Moto G are only supposed to stretch until today. So look sharp, in case you’re planning to lay your hands on any of these. Here’s the link to the Flipkart page hosting the complete details.