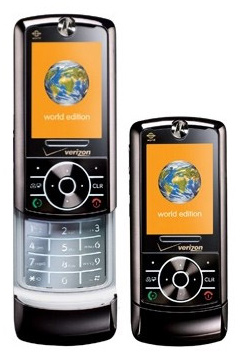 The Shiny Motorola RIZR Z6cx has been launched by Verizon Wireless. With similar features and looks as the Motorola Z6, the Z6cx sadly has no camera feature.

The Motorola RIZR Z6cx is very identical to the Motorola Z6c, as a slider phone, it has basic features such as Bluetooth/USB connectivity. Though usually an extra number or letter addition to a previously launched gadget model signifies improvement or enhancements to the existing version, in the case of the Z6cx the “x” literally stands for “no camera”.

This solid black phone is the best buy for those who are not allowed to use camera phones at places which have high security standards and under a fear of data theft.

The Motorola RIZR Z6cx is priced at $179.99 USD with a rebate and a 2-year contract, which is again identical to the price of the Motorola Z6c, so it’s a matter of personal preference what suits you best!