The Motorola Moto Turbo is available elsewhere under different names, but what doesn’t change at any location is the amazing list of features this handset provides its buyers with. It’s a true top-end handset that’s available in India at Rs 41999, a price that’s very attractive when compared against what other similar handsets are being sold at right now.

The Motorola Moto Turbo has all the big components you’d expect from a high-end smartphone these days. Its design is highlighted by a large display surrounded by minimal bezels, while its rear surface bears a ballistic nylon material for some added style. This handset has moreover been blessed with water-repellent nanocoating as well. 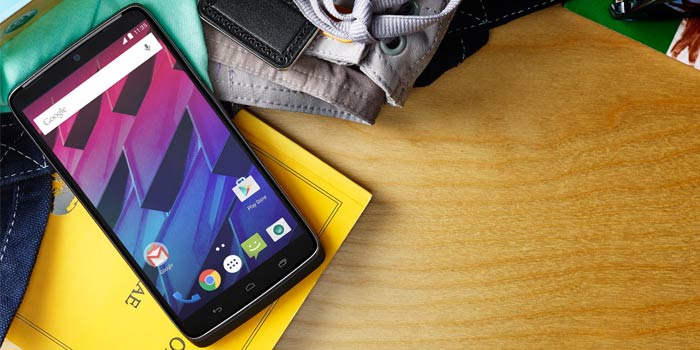 But the main focus of the Motorola gadget is its amazing battery life. An impressive 3900mAh power pack has been placed inside it, allowing 48 hours of usage without connecting a charger. And as if that wasn’t enough, its bundled Turbo Charger gives it enough juice for running for 8 hours after just 15 minutes of charging. For folks who’re concerned about battery life, there’s no better phone out there than this one.

The Moto Turbo excels in other departments as well; its display being on par with what the latest top-end smartphones have on offer. This 5.2-inch panel is of the AMOLED type, and it showcases its visuals in a QHD resolution of 1440 x 2560 pixels, resulting in a stellar pixel density count of 565ppi. And to top it all off, Corning’s Gorilla Glass 3 has been placed on it for protection. 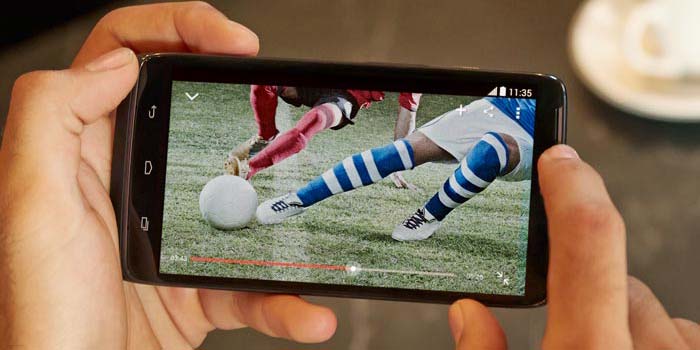 Inside this Motorola gadget, you’ll find a 2.7GHz quad core Qualcomm Snapdragon 805 processor that’s granted assistance in its operations by an Adreno 420 GPU and a whopping 3GB of RAM. The LTE-supporting phone is available in 32GB and 64GB models, but only the latter variant has made its way into India. For those wondering, there’s no microSD card slot present on it, which is unfortunate.

The software running on the Moto Turbo is the Android 4.4 KitKat OS, but we’ll soon be seeing it get updated to Android 5.0 Lollipop. What’s interesting is that all the brilliant user experience features which its maker had granted the Moto X (2014) have made their way into this device as well. 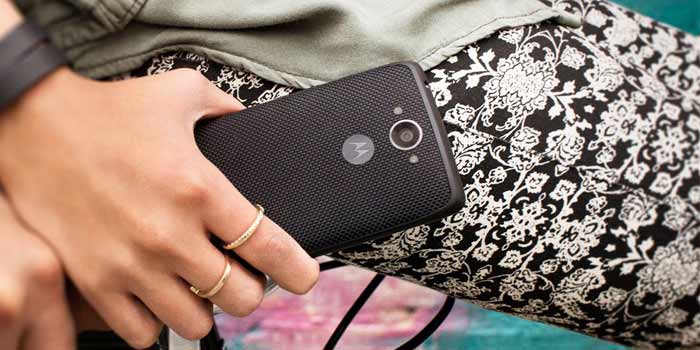 Coming to the camera setup, there’s scope for capturing high-resolution photographs and videos as well as selfies through this Motorola offering. On its rear surface rests a 21MP camera which offers 4K video support as well as slow-motion clips. On its front face, you can find a 2MP snapper that can provide 1080p full HD videos when you’re not using it to click selfies.

Here’s a neat look at the specs of the Motorola Moto Turbo: 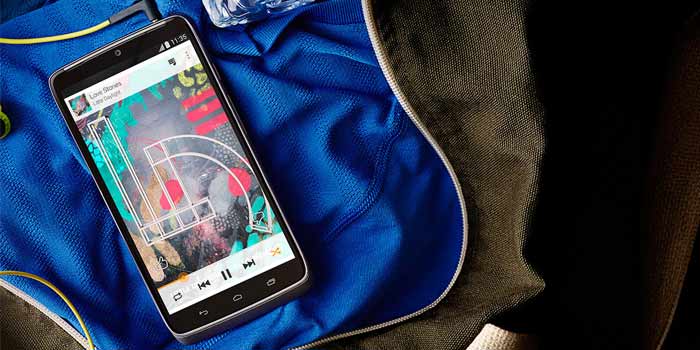 All these things make the Motorola Moto Turbo an extremely desirable smartphone which oozes with performance and style alike. You can buy it through Flipkart right now in exchange of Rs 41999.