There are hopes that Motorola may be launching the Moto G4 and G4 Plus earlier than expected, seeing as the company has started sending out press invites for an event on May 17. We’re not fully convinced that it will be releasing its new smartphones on the aforementioned date though. The 3rd gen Moto G was rolled out in July 2015 and we think Motorola would want to put at least a year between the two generations. Plus the invite to the event is nothing special, featuring a male model who seems to be having trouble smiling naturally into the camera. 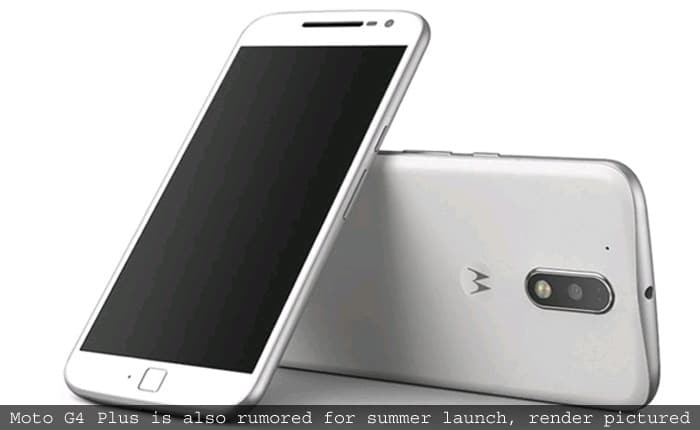 Said male model is pointing quite awkwardly to the words ‘You wouldn’t want to miss this!’ plastered above ’17th May’ and ‘New Delhi.’ A remarkably thoughtless invite, if it indeed is for the Moto G4. As you know, Lenovo currently owns Motorola. CEO of the former company Yang Yuanqing, appears to have confirmed only last week that a previously unannounced phone would be rolled out on June 9. It’s possible he was talking about the Moto G4 series, even if he only hinted at ‘a’ new handset. Saying ‘two new devices’ would have given the game away, after all.

A slew of leaks have provided various clues about the Moto G4 Plus and its lesser relative. The squarish home button of the handset depicted in the first image is supposed to serve as a fingerprint sensor too. The device is rumored to sport a 5.5-inch display, a 16MP camera and 16GB of internal memory. The Moto G4 will supposedly share similar specifications, but make do with a smaller screen size, a 13MP rear snapper and no biometric sensor. The price is anticipated to start at $272.

Until we hear more on May 17, enjoy this video posted below. It allegedly has the Moto G4 smartphone in the starring role.