The Motorola Moto E 2nd gen smartphone with 4G LTE has finally been launched in India with a budget-friendly price tag of Rs 7999 attached to it. It’s available for pre-order through Flipkart and shows a tentative release date of April 23, though a PR person we spoke to said that it could be out in the market within a week’s time.

The 4G LTE version of the Motorola Moto E gen 2 will arrive earlier than expected if it does land this week. Since network operators across India are still trying to catch up to the times, we’d say that the currently available 3G variant of the phone will end up being more popular. But it’s always nice to have choice, of course. 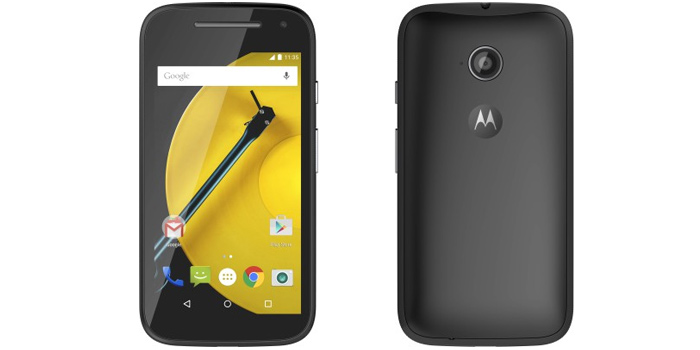 The 2015 version of the Moto E carries a few improvements over its predecessor. While its 3G model embeds the same old Qualcomm chip, the 4G-capable handset integrates a quad core Snapdragon 410 processor. It has a bigger touchscreen of 4.5 inches instead of 4.3 inches, but disappoints by sticking to the same 960 x 540p resolution panel.

A more powerful 2390mAh battery can be found inside the 4G LTE-enabled Moto E second generation that comes with Android Lollipop out of the box, while the ROM has doubled in capacity to touch 8GB. The 5MP camera on the back which used to be a fixed focus one, now offers auto focus and even launches quickly if you twist your wrist twice.

Encased in a much sturdier frame, the new Moto E has added a front camera, though its only of the VGA type. Still, something is better than nothing for sure. The front panel has also received a face lift in the form just one speaker instead of two. Forget about swapping covers on this smartphone since Motorola has made it non-removable. 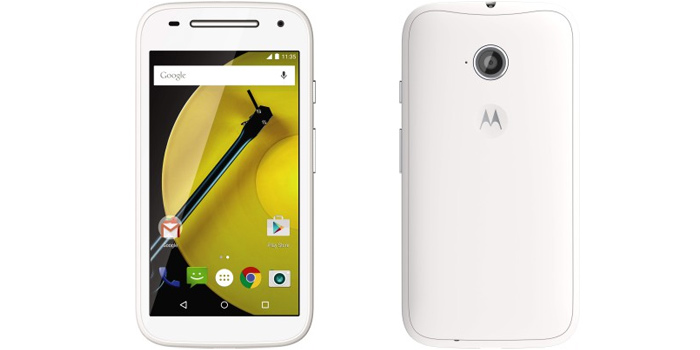 The black as well as white Motorola Moto E gen 2 smartphones are listed on this Flipkart page in 4G LTE as well as 3G versions. The latter variant costs Rs 1000 less than the former.