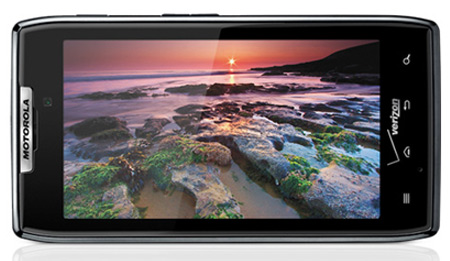 The Motorola Droid Razr, which first went to Verizon Wireless, is soon expected to be seen on the AT&T network. Well, this should rob Verizon of the exclusive availability of this device that it claims at present.

According to a recent report by TechCrunch, wireless goodness has revealed that the GSM version of this device has already passed through the FCC. In spite of different code names for basic specifications, there are several other factors which confirm the FCC device to be the AT&T variant of Droid Razr, says the website.

The specs reveal that the new phone will be operating on GSM 800/1900 bands as well as WCDMA bands II and V, both of which are radio bands being used by AT&T at present. On a whole, the device is more specifically being called the IHDP56ME2 or M0C2E.The battery used by the mysterious FCC handset is being called the SNN5899A.

This code coincides with that of the original battery in the Droid Razr. Reportedly, the handset which is currently available only with Verizon Wireless, was the first one by the mobile manufacturer to be designed with a non-removable back cover. For this purpose, it had to be graced with a heavily redesigned battery with a wider and flatter chassis. This battery was titled as the SNN5899A by Motorola.

Considering the branding of this Motorola handset, the moniker also gives away some hints about the availability of this device. Bearing in mind the history of smartphone christening, the Droid tag spells out exclusive Verizon availability. However, Razr has a reputation for multi-carrier availability.

So if the Motorola Droid Razr is to hit the markets on AT&T to, it might bear another name devoid of the word ‘Razr’.