Motorola’s new Moto Z2 Play has gotten launched in India, landing here just over a week after its Brazil debut. The newest member of the brand’s Z lineup has arrived alongside a couple of flashy new Moto Mods.

The Moto Z2 Play is set to be sold at Rs 27999 via Flipkart and offline stores starting from June 15. Motorola’s bundling the handset with some pre-booking offers valid till June 14. Interested buyers will have to shell out Rs 2000 as a token amount and can then choose to pay the rest in 10 EMIs at 0% interest via Bajaj Finance or 3/6 monthly EMIs at 0% interest via select shops.

Early birds will additionally get up to 50% off on existing Moto Mods like the Power Pack and JBL SoundBoost Mod. The brand’s even throwing in a free Moto Armor Kit which consists of a selfie stick, liquid film screen protector, Carbon Fiber Style Mod, and metallic bumper. Motorola’s separately tied up with Reliance Jio to offer consumers up to 100GB of extra 4G data. 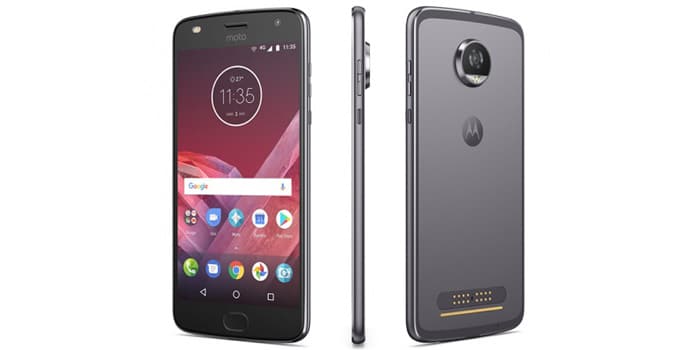 Out of the 2 variants the Moto Z2 Play was initially launched in, only the higher-end 4GB/64GB model has made its way to India. The device offers a number of improvements over its predecessor like its new 12MP rear camera which blends together laser autofocus and dual autofocus pixels technology.

A large aperture of f/1.7 and 10x the number of autofocus pixels means that the Motorola offering lets in 25% more light than before. Even its 5MP selfie shooter has gotten enhanced with a dual-LED color correlated temperature (CCT) flash unit.

A quick look at the specifications of the Moto Z2 Play:

Once again, you can buy the Moto Z2 Play via Flipkart and physical retailers starting from June 15. You’ll be able to knock off up to Rs 17000 from the handset’s price tag if you hand in your old smartphone to the former.