Motorola (Lenovo) is planning to bring its flagship Moto Z to India on October 4, as suggested by the posts on the brand’s Twitter handle. The launch of the modular smartphone is likely to be accompanied by optional add-ons called Moto Mods. This will be the second such device to hit the country after the LG G5.

The Moto Z was unveiled at the Lenovo Tech World conference in June and is currently available in the US along with the Moto Z Force and Moto Z Play variants. It is unclear whether the brand will launch the complete trio or only the flagship device in the lineup. 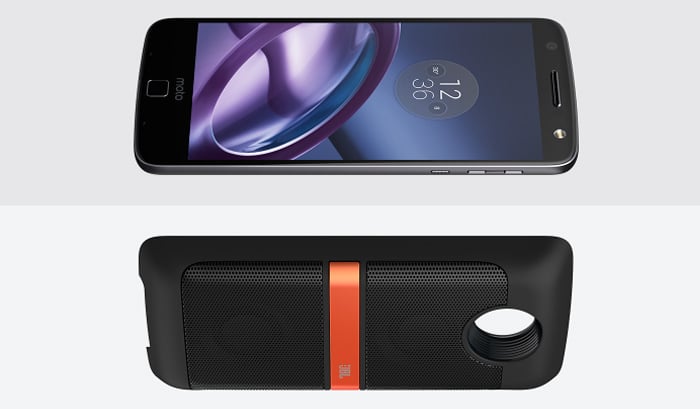 Specs-wise, the Moto Z has a 5.5-inch screen in Quad HD resolution. The Android Marshmallow-based gadget is powered by 4GB RAM and a Snapdragon 820 processor. Motorola has provided this handset with a fingerprint sensor, and TurboPower technology for quickly charging it up.

Following in the footsteps of the Apple iPhone 7, the Moto Z also does not host a 3.5mm audio jack. The device can instead be connected to a USB Type-C adapter if you want to use your regular headphones with it. The phone’s thickness is measured at just 5.19mm, probably keeping in mind the extra bulk added by the modules.

Buyers can look forward to the Moto Mods that are expected to be introduced in the country along with the Moto Z. These modules that are meant to enhance the phone’s usability include a JBL SoundBoost speaker, Hasselblad zoom lens, projector, and power pack. They can be fitted onto the handset through the magnetic connector on its rear.

The price of the Moto Z in the US is $699 (approximately Rs 47000). The cosdt and availability of the modular smartphone in India will be revealed after its launch on October 4.