Home Motorola Moto X versus Moto G: A comparison review of their specs

If a quick review of the Moto X compared to the Moto G was what you were looking for, here we are with one that will help you make a buying decision. Both Google-Motorola phones appear similar to each other and there are a couple of points which don’t seem to make sense when you see that the former costs Rs 23999, while the latter is pegged at Rs 13999.

The prices mentioned above refer to the 16GB capacities of both handsets. So without further ado, here’s how the Moto X and its less expensive sibling compare on the specs and features sheet. 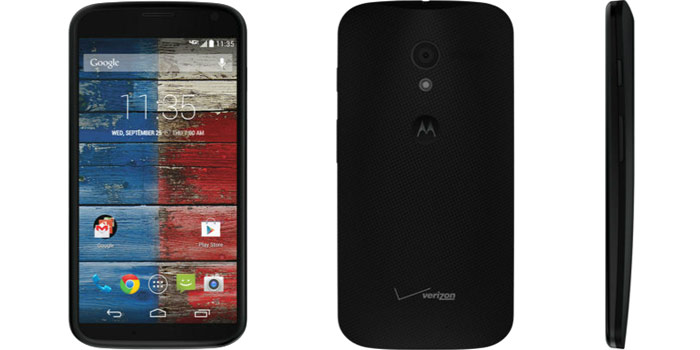 Both phones look very similar to each other barring the speaker displayed by the Moto G to the left side of its main camera. Also, its webcam sits to its right on the front, while the one on the Moto X takes the opposite side. The cheaper handset has swappable back covers and is heavier than its cousin. The Moto X can be customized (in the US only) before ordering it through the Moto Maker website.

The more expensive of the two arrives with a 4.7-inch 720p AMOLED display and its rival here comes with a 4.5-inch 720p LCD which shows more true-to-life colors. Also for the price you pay, you can get a 5MP rear camera or a 10MP lens. We surely don’t need to tell you which one has which. But don’t pin your hopes of a great smartphone camera on either of these two. 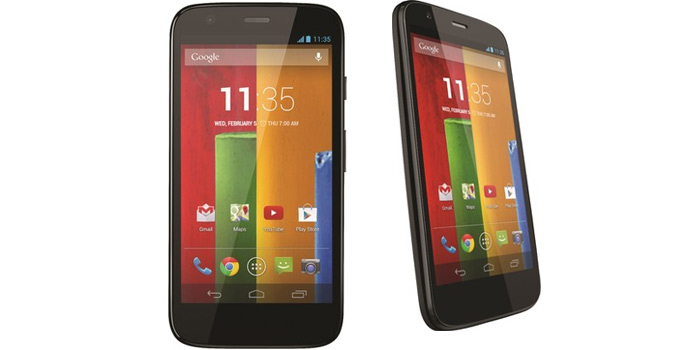 The Moto X rocks a 1.7GHz dual core Snapdragon S4 Pro chip and 2GB of RAM, while the Moto G has a 1.2GHz quad core Snapdragon 400 processor, but just 1GB RAM. The former does 4G LTE and can be grabbed in 16GB or 32GB variants. The latter is stuck at 3G and only offers 8GB or 16GB memory. The lack of a microSD card slot is supposed to be Google’s scheme to get us hooked to its cloud storage service.

Currently, both devices have Android KitKat at their disposal. But the 2200mAh battery-toting Moto X triumphs over its more budget-friendly sibling (2070mAh power house) thanks to pre-loaded software such as the battery-saving Active Notifications for delivering updates to users without requiring them to unlock the phone and Touchless Control via voice commands.