While the 16GB version of Motorola’s Moto X 2nd gen has been available in India since September this year, the launch of its 32GB capacity has been long overdue. Flipkart who has exclusive rights to sell the series in the country, has taken to Facebook to announce December 22 as the day on which the latter variant will go up for sale.

That’s not too bad, in case you were expecting the Moto X 2nd gen to turn up in your Christmas stocking, though it’s not clear whether Flipkart is making any promises with regards to the delivery date as yet. As it is, the online retailer may be swamped with orders seeing as it’s the holiday season. 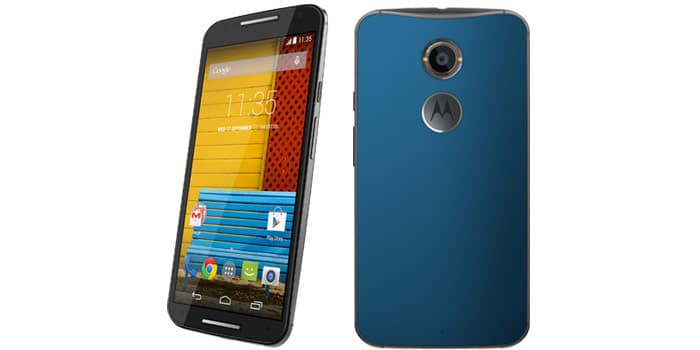 But the e-commerce site usually guarantees quick shipments; so you may not have to wait too long for it to reach your doorstep. What more can we say about the new Moto phone that we haven’t already said before considering that only its price is left to be revealed? Its 16GB version which costs Rs 31999, is also offered in bamboo and leather for Rs 2000 extra.

It’s possible that even the 32GB Motorola smartphone will be sold along with these options, though the sort of proper customization enjoyed by buyers in the US, will not be arriving with it. On a side note, its smaller cousin we all know as the Moto E, is expected to be succeeded by a newer version too even if nothing much has been heard since the rumor first broke out.

You can go to this page in order to tell Flipkart you’re interested in being notified once the 32GB Moto X 2nd generation is available to buy. If you want the phone in the color royal blue, here’s the link to it.