Motorola has launched two new smartphones in India in the form of the Moto G30 that had entered Europe last month, and the Moto G10 Power, which is a new device. However, if that latter device also sounds familiar you should know that it’s a new version of the Moto G10 that was also launched in Europe last month. This one has a bigger battery, while the rest of its specs remain the same.

The pricing of these two models is what’s grabbing all the attention, considering how feature-packed they are. The Moto G30 will be made available for Rs. 10,999 (around $150), whereas the Moto G10 Power will sell for just Rs 9,999 (around $135). Both the phones ship with 4GB of RAM and 64GB of storage, but carry microSD card slots of their own. They’re both dual SIM in nature and run near-stock versions of Android 11.

A simple 6.5-inch TFT display with HD+ resolution makes its way onto the Moto G30, but this panel also grabs a 90Hz refresh rate, which gives it an edge against competition despite the low resolution. At its heart is the Snapdragon 662 chipset, while there’s a quad camera setup on its back that’s looking to impress buyers with features like Night Vision, and RAW photo output. This setup includes a 64MP wide camera, an 8MP ultra wide-angle camera, and 2MP macro, and portrait cameras.

Motorola has also granted this 4G LTE device a rear-mounted fingerprint reader, apart from a 13MP selfie shooter. Its battery is a 5,000mAh unit that supports 20W fast charging with the bundled charger.

The Moto G10 Power grabs the same waterdrop-style display as the other phone but omits the high refresh rate. Furthermore, it runs on the Snapdragon 460 chipset. There’s a 48MP primary camera on its back, while the rest of the setup is the same as that of the G30. As we said, instead of a 5,000mAh battery that the original G10 debuted in Europe with, this Power version carries a 6,000mAh unit.

The Moto G10 Power will be sold via Flipkart from 12pm onwards on March 16, with the Moto G30 set up for a March 17 availability at the same time. 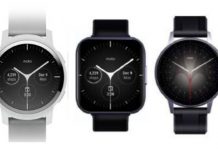