A better relationship with our phones was the theme in the run-up to the launch of the Moto G 3rd gen and expectations for it were sky-high. Now that it’s been unveiled, the Motorola handset pretty much delivers on most aspects and is a significant improvement over the previous two models in the series.

Upgrades come at a cost though, with the Moto G 3rd gen selling through Flipkart for Rs 11999 (8GB) and Rs 12999 (16GB); a tad more than what its predecessors were pegged at. It still follows the same principle that made the series successful, high-end specs at a budget price. That was a relatively new concept when the first came out, but now the likes of companies such as Xiaomi follow the same idea. 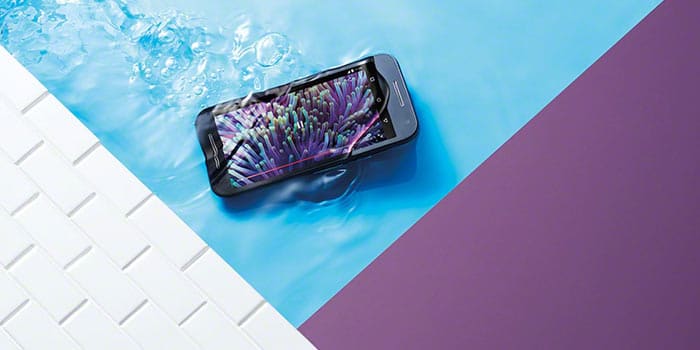 So what makes the Moto device stand out? Well, firstly it offers IPX7 water protection. This means the handset can stay alive even after getting plunged under 3 feet of water for 30 minutes, which makes the it battle-ready against any rain that might come your way. Just don’t go swimming with it though. While durability is a definite plus, it would have been nice for the phone to be dust-resistant as well.

Another welcome update comes in the camera department. The Moto G sports an autofocus 13MP main lens with Correlated Color Temperature dual-LED flash which the company claims adjusts for the most natural-looking skin tone and is capable of shooting colorful photos even in low-light conditions. Selfies and video calls are taken care of through a 5MP front-facing snapper with display flash.

Specifications of the Moto G (3rd gen) at a glance: 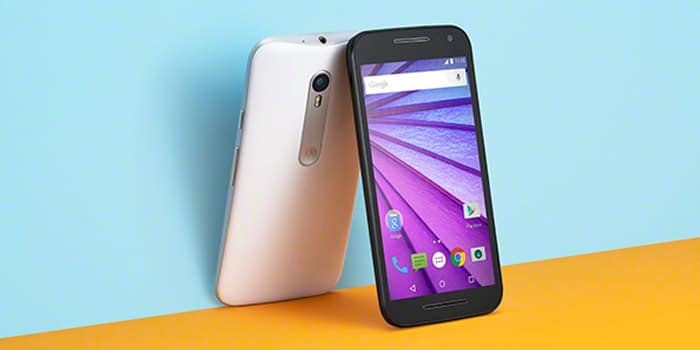 Some of the features seen only in the company’s high-end models like the Moto X have found its way into the Moto G. Quick Capture opens the camera after you twist your wrist twice. Moto Display shows you alerts on the lock screen when you pick the phone up. Moto Maker allows you to customize the look of the device before it gets shipped. Unfortunately, the service hasn’t been launched in India yet.

Coming to its performance, the Motorola smartphone has the popular 1.4GHz quad-core Snapdragon 410 CPU supported by a 2470mAh battery which is rated to deliver 24 hours of backup through a day of mixed usage. You can either opt for the 1GB RAM/8GB ROM model or the 2GB RAM/16GB ROM one, although it makes sense to pick the latter since there’s only a difference of Rs 1000 between them.

The Moto G runs on a close-to-stock version of Android 5.1.1 Lollipop. This signifies an almost pure experience of the OS, which should help it to operate stably without any hitches. Fans of the series were hoping for a 1080p screen in this iteration, but will have to do with the unchanged 5-inch 720p display. Protection from minor scratches and falls is ensured through Corning Gorilla Glass 3.

As is the requirement for nearly every mid-range handsets these days, the Motorola Moto G supports 4G. Its dual-SIM (GSM/LTE) setup is further assisted by an intelligent calling feature. This lets the device observe your calling patterns and determine the best SIM card to use for an outgoing call. Airtel is further giving away a free 4G-ready SIM card and a double data offer for 6 months.

While Moto Maker isn’t here yet, you can still buy shells and flip covers for the Moto G 3rd gen in a variety of colors. All in all, the handset seems worth the price and is a nice addition to the series.