As predicted earlier, Motorola (parent company Lenovo) is launching the Moto E3 Power in India via Flipkart on September 19. The company’s Twitter handle for the country uploaded a video about the availability of the phone on the ecommerce website.

Speculation about the E3 Power’s launch in India was doing the rounds since an unnamed Moto device was spotted on the country’s import-export tracking website Zauba. The phone was recently launched in Hong Kong. On the other hand, it is unclear whether the base variant of the soon-to-be-launched device will also be released alongside. 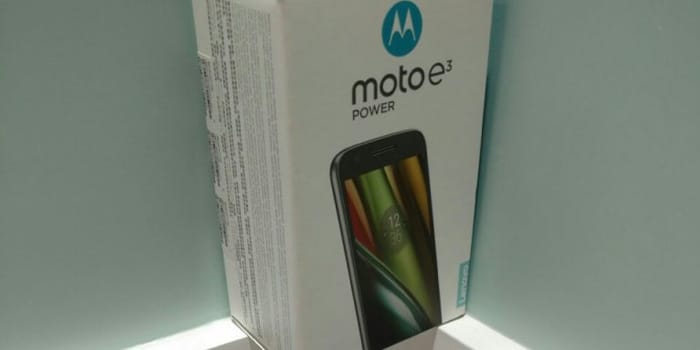 The Moto E3 Power’s highlighted feature is its 3500mAh battery that also supports fast charging. The dual SIM phone is enabled with 4G connectivity. It has a 5-inch display in 720p resolution. The 5MP front shooter on the handset is accompanied by an 8MP rear one.

The E3 Power has a 1GHz MediaTek 6735P processor working along with 2GB RAM. The device hosts 16GB internal storage that can be expanded up to 128GB. It runs on Android Marshmallow. Connectivity options like Wi-Fi and Bluetooth are present on the gadget.

Here is a list of specifications for the Moto E3 Power:

Motorola has not confirmed the price of the E3 Power. It is currently available in Hong Kong for HKD 1098. If we hold this cost as the basis for the one in India, the phone may be sell at over Rs 10000.