Motorola has decided to launch the Moto E3 budget smartphone for India in an event on September 19. The device will go for sale soon after, as stated by Lenovo APAC President Ken Wong. It was unveiled in the UK in July this year.

The Moto E3 features a 5-inch HD display with Gorilla Glass 3 for protection. The handset runs on Android 6.0.1 powered by a 1GHz MediaTek processor. It has 1GB RAM and 8GB of internal memory that can be expanded up to 32GB using a microSD card. 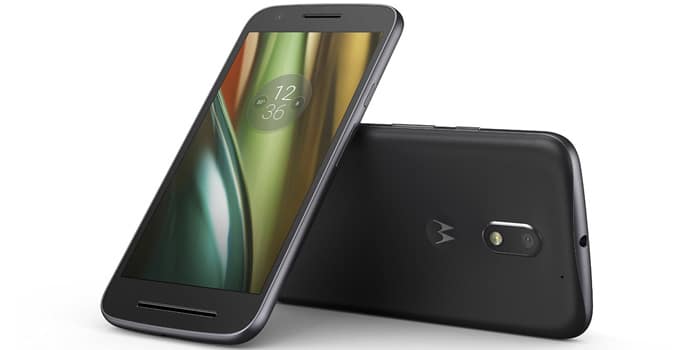 An 8MP rear and 5MP front camera is present on the Moto E3. The dual SIM phone supports 4G LTE. It has a 2800mAh powerhouse inside the body. Other connectivity options present on the device are Wi-Fi, Bluetooth 4.0, GPS and micro USB.

The Moto E3 is priced for £99 in the UK. If this holds true for the handset when it is launched in India, it will cost around Rs 8800. The official rate will be announced at the launch.

Here is a list of specifications for the Moto E3:

We had earlier informed readers about Motorola shipping a large quantity of unknown smartphone units in India which were rumored to be the E3 Power. However, it has not been disclosed whether the handset will be launched alongside the standard variant.