If there’s one significant common factor between the Moto E 2nd gen and Xiaomi Redmi 2, it’s that the manufacturers really understand the Indian smartphone market which holds onto affordability as the main criteria for a handset to be successful. The majority of folks here are still transitioning from feature phones to smart devices.

The low price of Rs 6999 commanded by the Xiaomi Redmi 2 as well as the Moto E 2nd gen are just right when you’re a mobile brand which doesn’t want to scare away potential customers from adopting smartphones. Motorola really was the torchbearer for this trend with its Moto series. Before that, any cheap handset running on Android was treated with suspicion as a Chinese-made device likely to conk off too soon. 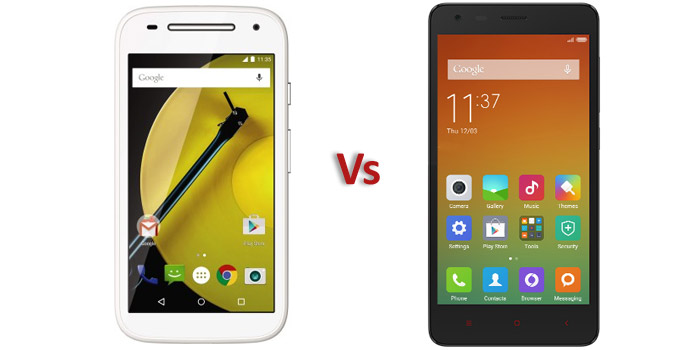 Moto got people to realize that cheap didn’t necessarily make a fragile phone. The series was being marketed to a burgeoning e-commerce audience and contributed towards getting more folks to shop online. Selling a good product while keeping its price low is easier when overhead costs are greatly reduced, as anyone will know. And once Motorola got the ball rolling, it was easier for other companies to follow suit.

The Moto E 2nd gen and Redmi 2 are two of the most popular and affordable smartphones in the Indian market right now. They both cost the same and have quite similar features. Just a heads-up before you lay hands on either of these two – Xiaomi is planning to launch a new budget-friendly smartphone very soon. It is expected to hit India on April 8. So you may want to hold off buying a handset for now.

As you can see, the Moto E 2nd gen when compared to the Xiaomi Redmi 2, makes some sacrifices in terms its cameras and touchscreen. It’s a matter of personal opinion of course, but we’d even say that the latter is the better looking of the two. Tell us what you think in the comments section below.