The Motorola Moto 360 smartwatch is finally available for grabs in India through online retailer Flipkart for Rs 17999, a price that could make it less attractive than the Samsung Gear Live and LG G Watch which are on sale in the country through Google Play Store. They are priced at Rs 15900 and Rs 14999, in that order.

The Moto 360 smartwatch is not being sold through Google’s marketplace though and Motorola has chosen to go with Flipkart for this launch as well. It’s a matter of opinion of course, but the wearable’s classy appearance is more appealing to us as pitted against its two aforementioned rivals’ designs. 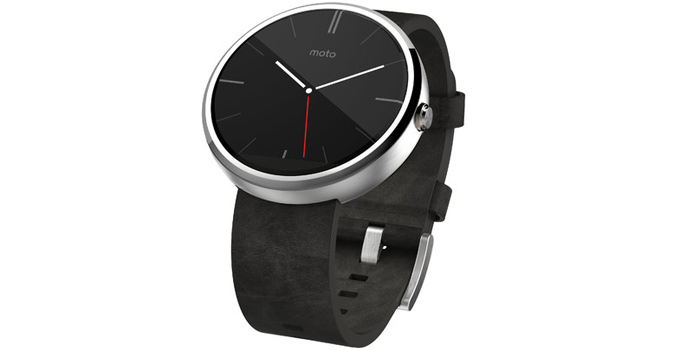 In fact, LG understands this so well that its upcoming G Watch R borrows a similarly round watch face. The Motorola Moto smartwatch is the first such device from Motorola to come with Android Wear, a platform towing along full-fledged Google Now support and touchless control which lets you speak your queries instead of typing them.

Also see: Moto 360 smartwatch arrives on Flipkart, to be made available in India soon

IP67 ratified for water and dust resistance, the Moto 360 smartwatch sports a strap made from Horween leather and a stainless steel casing. It has an inbuilt light sensor for adjusting the screen’s brightness according to ambient conditions. The watch connects to your Android 4.3 or higher phone and delivers updates, acts as a fitness tracker and more.

Here’s the Flipkart link to the Moto 360 product page, in case you’re looking to buy it.