First there were the SmartNaMo phones and now the Modi Run Android application. It looks like Narendra Modi fans are leaving absolutely no stone unturned to make sure the politician gets an edge over his competitors in the upcoming elections.

Modi Run is a game for Android based devices and it goes without saying that the politician himself is the central character in it. And keeping the current scenario of the country in mind, the developers have designed the application with elections as the background theme. And as the name suggests, Narendra Modi runs in the game in different states in India and your task would be to make him win elections in all of these states. 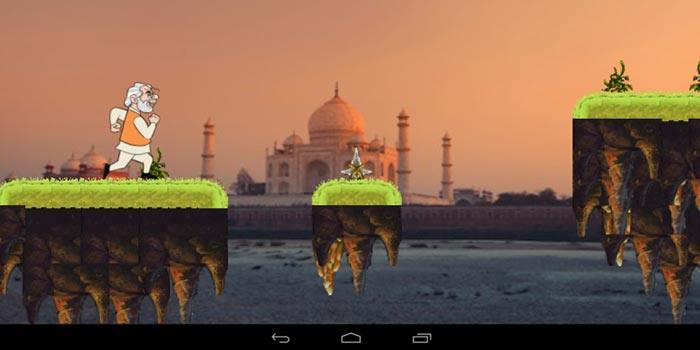 While at it, you have to gather as many votes as you can, because that’s what is needed to win elections, isn’t it? And what happens in the end, you are wondering? Well, he becomes the Prime Minister of India. The application will take up around 6.8MB of space in the phone and requires Android version 2.2 or above.

In other news, the aforementioned SmartNaMo Saffron phones have also gone up for pre-order and interested users can book their devices through select online retailers right away. The Saffron One comes in 16GB and 32GB versions in black and white, while the Saffron Two’s 32GB white version is on sale. Their prices have been tagged at anywhere between Rs 18,000 and Rs 24,000.

The Modi Run for Android application is now available through the Google Play store. It can be downloaded free of charge.