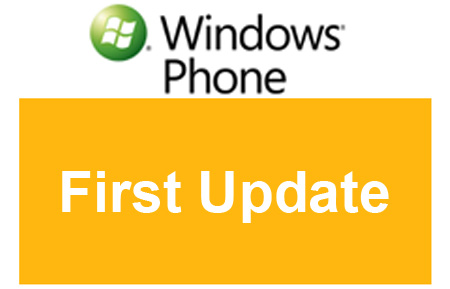 Not too long ago, we reported that Microsoft would be introducing several new features for Windows Phone 7 including the upcoming copy/paste update. In a recent development, Microsoft has announced their first software update which is already being made available for Windows Phone handsets.

According to the official Windows blog, this new update is a relatively minor one as compared to others in the pipeline. The first improvement for Windows Phone 7 is aimed to enhance the software update process itself. It will enable users to easily and securely upgrade their handsets with additional features slated for the coming months such as copy/paste and better Marketplace search.

Microsoft will be sending out messages to Windows Phone 7 device users stating the availability of this software update. But the company won’t be sending them out to everyone at once and therefore some might have to wait a little longer. As part of the updating process, users will have to connect their phones to a Mac installed with the Windows Phone 7 Connector or a PC with the Zune software.

Those who have already installed the Zune software or the Windows Phone 7 Connector before might need to update the program before doing the same for their phone’s OS.