Microsoft has finally unveiled the latest version of Windows 10 complete with Cortana, inbuilt Xbox features and the starkly beautiful Spartan browser to boot. What’s more, Windows Phone has been declared officially dead in order to make way for the cross-platform mobile and desktop OS the tech giant has been working on.

And then you have HoloLens to look forward to, don’t you? One of the most exciting things to come out of Microsoft’s Windows 10 showcase was its wearable concept that is capable of supporting holograms, or three-dimensional images. The picture posted below should give you a clearer idea of the use cases for this kind of technology. 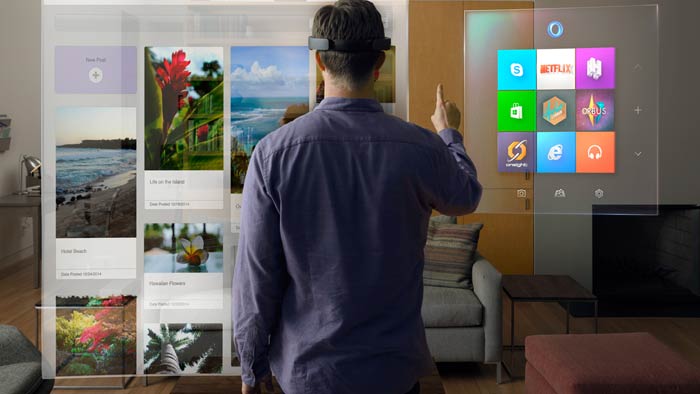 The Holo Studio suite will be launched in order to encourage developers to create content for the device. Next we have Cortana, Apple’s Siri rival which was first released on the Windows Phone platform. It is heading to desktops now and will answer voice- and text-based questions, apart from bringing in notifications and performing several other tasks you’d expect of a personalized digital assistant.

With certain Xbox-related features baked in, users will now be able to stream games from the console onto their Windows 10 PC without breaking a sweat, chat with other players and so on. Included as part of the offering is Game DVR for capturing, editing and sharing gameplay videos. And last but not the least is Spartan, the one to replace Internet Explorer which has been the butt of every other browser-based joke for quite a few years. 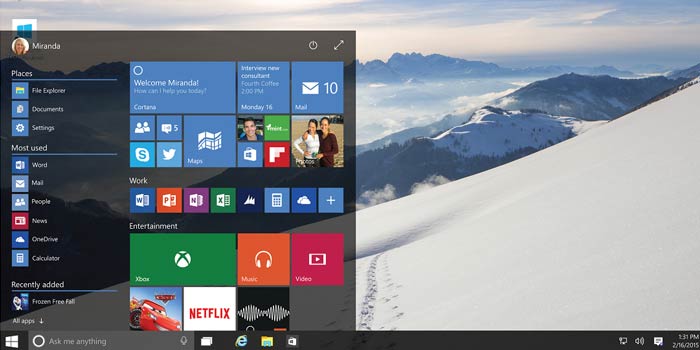 Just as the leak we reported previously promised, there’s support for note-taking, annotating and sharing such content right from the browser. The overall look is cleaner that Google Chrome and just what distraction-free web surfing should look like. Cortana appears to make itself ever useful throughout the experience and when you open multiple websites, they are arranged into a reading list that can be downloaded, perused offline or ported across platforms.

Don’t worry, you’ll still find good old Internet Explorer in Microsoft’s Windows 10 owing to certain applications which work only with it. Windows Insiders will be welcoming the Technical Preview of the software for desktop soon. Its mobile version is set to roll out this February.