The Microsoft Surface Pro 3 has received a major cut in cost just 2 months after its arrival in India. The premium tablet is now available via Amazon at Rs 58990 for a limited period of time.

Unfortunately, the brand hasn’t specified how long the offer window for this deal will last. To recall, the Microsoft Surface Pro 3 was unveiled alongside the Surface Pro 4 back in January this year. The former was priced at Rs 73990 at launch, so the new cost marks a Rs 15000 plunge in value. There’s no specific reason given for this reduction. 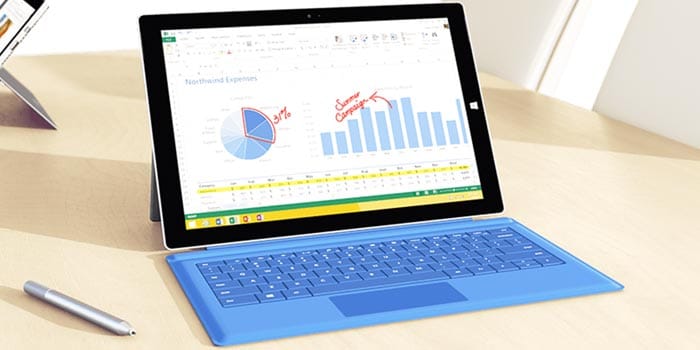 The drop in cost should serve to enhance the Microsoft offering’s appeal to those who were reluctant to buy it at Rs 73990, though it can still be considered an expensive proposition. The device is additionally almost 2 years old, a point working against it given the plethora of newer tablets which can be snapped up in India now.

A quick look at the main specifications of the Microsoft Surface Pro 3:

Even Microsoft had previously stated that the tablet is 30% slower than the Pro 4. It additionally doesn’t come bundled with the Surface Pen like the latter. Buyers will have to purchase the stylus at Rs 5990. Furthermore, the brand’s Type Cover keyboard can also be bought separately at Rs 12490.

Like we said above, you can buy the Microsoft Surface Pro 3 at Rs 58990 via Amazon India.