The Photosynth app, a panorama application for smartphones, will now be gracing the Windows Phone 8 platform with its presence. The latest release is dubbed as version 1.5 and tags along a few new features.

The tool allows photography enthusiasts to integrate 360-degree horizontal as well as vertical views and detailed intricacies into their pictures, all through their mobile device. Users would have to do something as simple as moving their camera around a place and the utility will sew the shots together to present a full landscape. The panorama would only be captured if users are taking each of the shots from the same position and at a constant zoom level. 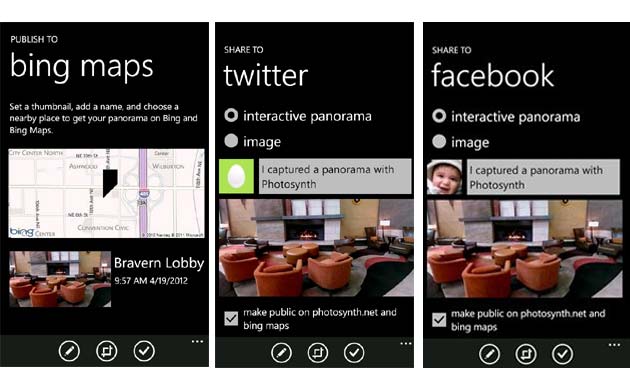 In order to make use of the app in question, prospective consumers would have to first create an account. After which, they can show off their handiwork by directly sharing clicks on Facebook and Twitter. To broaden the range of viewers, they can even upload the pictures on Bing, through which the snaps would show up on Maps and search results.

The latest version of this Microsoft tool would be bringing forth additions including camera lens integration that allows immediate clicking and viewing of the woven images directly from the device’s snapper app. Panoramas that have been shared via emails and various social networking sites like the ones mentioned above can be displayed on the phone. 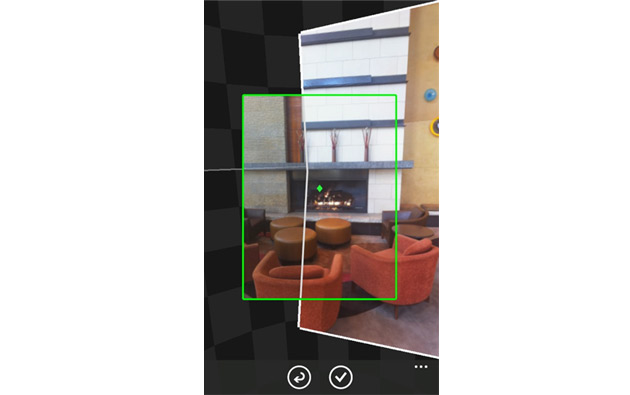 Enhancing the overall experience, the developers have assimilated controls to fiddle with settings such as exposure and white balance locking options that would change the lighting conditions accordingly. They have also attempted to battle potential bug and stability issues by incorporating a number of fixes for the same. Though a gyroscope on the smartphone is not a prerequisite for setting up or using the utility, the maker states that the presence of one would produce further embellished results.

Earlier available to users of iOS and WP7 platform, the Photosynth app for the Windows Phone 8 devices can be downloaded and installed from the Marketplace free of cost. The company however has stated that only phones having at least a minimum 512MB of RAM will be able to run the application.