With the festival of Holi around the corner, Microsoft India has announced a new promotion through which it’s offering the Lumia 830 and Lumia 930 smartphones with guaranteed cash back. The company notes that the amount is a whopping Rs 7000 and the offer will continue to run until stocks last.

The Microsoft Lumia 830 and Lumia 930 are both premium smartphones from the company offering PureView imaging. The former is considered as the mid-range flagship at Rs 28799, while the latter is the top-tier offering with a Rs 38649 price. And if you were to purchase the handsets with the cash back promotion, you’ll basically be spending only Rs 21800 and Rs 31600, respectively. 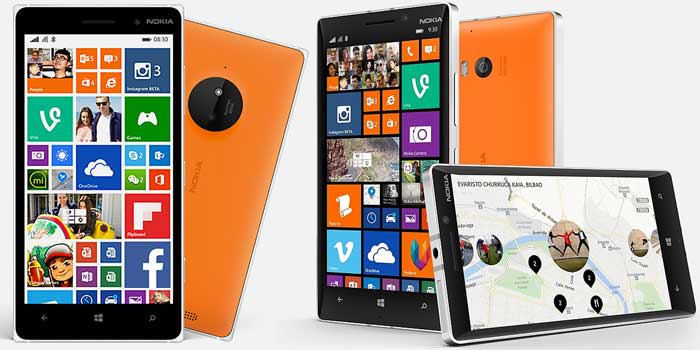 Microsoft revealed back in December that it initiated buyback offers for its handsets. Basically, you’ll be able to trade-in you current Lumia smartphone and get a sweet discount towards a newer model. However, there’s no word as yet on whether both promos will stack.

The Lumia 830 offers a decent roster of features. It carries a 5-inch HD IPS LCD panel and a 0.9MP camera on the front, while the rear sports a 10MP PureView shooter. On the inside, the phone packs 1GB RAM, 16GB storage, a 1.2GHz quad core Snapdragon 400 SOC and a 2200mAh battery. The Lumia 930, on the other hand, comes with even better hardware.

The cash back offer for the Microsoft Lumia 830 and Lumia 930 goes live from today. The company hasn’t mentioned whether it’ll be running the promo through its online stores or limiting it to local retail outlets.